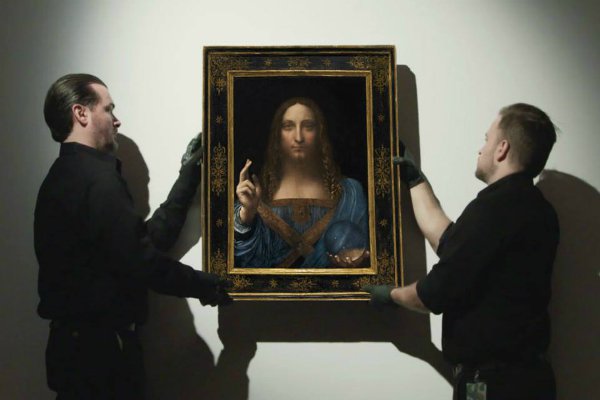 The announcement comes after the gallery confirmed it would be hosting the 500-year-old artwork in a brief tweet last December.

The Christ by the Renaissance master smashed artwork auction records the previous month, almost coinciding with the Louvre Abu Dhabi’s opening, when it was sold for $450m to an unknown buyer.

There was initial speculation that Saudi prince Bader bin Abdullah Al Saud had bought the painting on behalf of the kingdom’s Crown Prince Mohammed bin Salman.

However, it later emerged that the work had come into the possession of Department of Culture and Tourism – Abu Dhabi.

In a website message, the organisation said the painting would go on display from September 18.

It will then travel to Paris’ Musee du Louvre for a planned October 2019 to February 2020 exhibition to mark 500 years since da Vinci’s death before returning on a permanent basis to Abu Dhabi, according to The National.

“Lost and hidden for so long in private hands, Leonardo da Vinci’s masterpiece is now our gift to the world. It belongs to all of us, said DCT Abu Dhabi chairman Mohamed Khalifa Al Mubarak.

The painting, which dates from around 1500, is one of only 20 da Vinci’s known to exist.

Prior to its recent record auction, the artwork had an interesting history. King Charles 1 of England was said to have owned it before it disappeared until 1900 when a British collector acquired the work.

The art dealers restored the painting and claimed it was the authentic work of Leonardo himself before it was exhibited across the world and sold at auction by Christie’s.