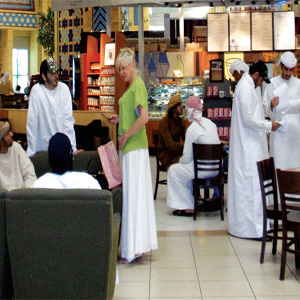 Parents in the Gulf are raising a generation of recession-proof teenagers who are capable of sustaining astonishing levels of spending through any crisis, experts say.

Teens in the UAE and Saudi Arabia are among the most resilient at the malls, with the 2008 recession and most recent political instability hardly leaving a scratch on their credit cards. The extent of consumption habits was laid bare by a global study from market researchers AMRB and TRU. It found an extraordinary pattern of spending among Emirati teens, who focus on gadgets, cosmetics and mobile phones.

The research will be music to the ears of popular consumer brands in the region that now leave teens almost helpless against their seductive ad campaigns.

Deepali Bamane, project director at AMRB, said 75 per cent of Saudis between 12 and 19-years-old even plan to spend more next year, despite uncertainty about the rumbling unrest across the Middle Eeast.

They made this brash admission in a series of face-to-face interviews. “The Saudi teen spends around $56 in a week, while the UAE teens are the second highest spenders in the world and spend $103 in a weekSpending was higher only among Norwegian teens with $134,” said Bamane.

Constant advertising of big brands and a predisposition among Gulf teens towards international names has accelerated sales, she said.

The impact of the global downturn was “hardly visible” on the UAE teen population, partly because of the federal government’s support for Emiratis.

“The downturn would have impacted the expats in the country much more severely, but in our exercise, we are referring only to local Emirati teens – hence, the impact of the downturn is hardly visible.”

Egyptian teens, also covered in the study, spend one fourth ($32 per month) that of a global teen ($120), and were in fact the most conservative spenders in the Middle East.

Egyptians and Saudis had the highest future spending expectations though, according to the findings, indicating that the recent recession had “at least had a stronger psychological impact on Emirati teens, which is perhaps due to the UAE economy being much more interlinked with global business patterns.”

Critically though, youngsters are learning their lavish ways from their parents, said Sana Toukan, research manager for the Middle East at Euromonitor International. “The rising mall-culture where both adults and teens spend a large proportion of their time in the mall both to shop and escape the extreme temperatures in the Gulf region is pushing teens to be even more excessive in their spending. Although the UAE is a less conservative country compared to Saudi, there are some restrictions on the local population which explains why youngsters adopt excessive shopping habits in an attempt to fill their time.”

Toukan added that big spending was a result of high disposable income and the status associated with brands, a notion well-established in the Gulf and the UAE in particular. “The more expensive the brand or gadget the higher up a youngster is up the social scale.”

Euromonitor International predicts that teen spending in the UAE and the GCC as a whole will remain high independent of the regional unrest.

Getting The Right Private Banker