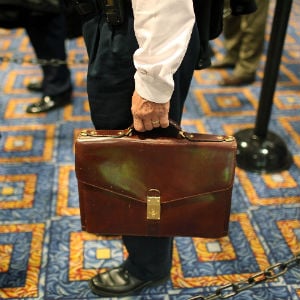 According to the GCC Private Banking 2010-2011 report drawn up by Booz and Company, the private banking sector in the Gulf Cooperation Council region, is worth around $1.2 trillion. The report suggests that there could be more than 800,000 households in the UAE and Saudi Arabia with $200,000 or more in “stable investable assets”.

If that wasn’t significant enough, the World Wealth Report 2011, published by Merrill Lynch Wealth Management and Capgemini, estimated that 2010 had seen a 10.4 per cent rise in the number of HNWIs in the Middle East (those with financial assets of more than $1 million excluding their primary residence) with the total now hovering around 400,000.

So the opportunity for private banks in the region is obvious but according to Booz and Company, many wealthy individuals in the GCC lost 30-40 per cent of their net worth in the financial crisis of 2008-2009 partly due to “poor advice”.

One aspect of the problem is that the Gulf’s private banking sector has some of the highest staff turnover rates in the world according to Patrick Thiriet, CEO wealth management MENA, BNP Paribas. He also points to “too much focus on short term remuneration and overall mismanagement of expectations both on the employees’ and on their employers’ sides.”

Elizabeth Hackford, the managing director of Hackford Consulting, an executive recruitment firm that specialises in the financial sector, sees several factors behind the turnover rates in the Gulf but she too believes money should not be a main reason for changing posts.

“There are many contributing factors and for true private bankers a better salary should not be the key driver. An accomplished private banker is more likely to move because a firm offers a better platform, clearer strategy and more stability – ultimately the real private bankers make these choices based on what their clients want.

“The frequent turnover is caused by poorer performing bankers who reach the end of their guaranteed bonus lock-in period and literally move to ‘upgrade’ their package again. It’s staggering how many moves they get away with, but sometimes if they can guarantee the transfer of just two or three large client accounts then the new employer is happy.

“Regular changes in senior management also prompt waves of new recruits and departures, mostly driven by politics. And I have to admit that frequent turnover of staff is of course exacerbated by recruitment agents, whose very aim is to move bankers from one place to another.”

Not surprisingly, some CVs also tend to be “embellished” by applicants trying to make themselves more attractive to employers in the market place, said Thiriet.

Hackford says this does occur. “This is inevitable and is common across all industries in sales roles. In all cases we make every effort to substantiate claims made in CVs especially where numbers are mentioned.”

It isn’t often that you will hear a senior manager in the finance sector referring to an economic crisis in relatively positive terms, but Thiriet, speaking after his keynote speech, thought the downturn in 2008-2009 had its benefits as it allowed for the removal of some of the less talented bankers in the region who had come into the sector in the onshore private banking boom during the previous few years.

“In any correction, the major beneficial effect is that for the weaker players there is a real ‘come back to reality’ phenomenon. This happened here and I think it normalised the market in some ways and, for me, 2009 was actually the best window of opportunity to get some good people with reasonable conditions and because they had a genuine reason to move and not just being driven by money or greed. So the second wave of the crisis was actually a good move for the industry in the long run.”

For Patrick Thiriet, recruiting the right people revolves around the “wise management of expectations” and “DNA matching” whereby the new employees share the same outlook and priorities as the bank itself and they subsequently develop into solid, reliable team players. Thiriet has mapped out a set of fundamental questions that he believes any private bank’s management should ask itself after entering the local market and launching a search for new talent.

“The first question is why do we want to be here? Secondly, who are our target clients and do we have a starting base that we can capitalise on? Then, what is our competitive edge and what are our clients’ expectations and what can we provide better than most of the other players? Then, once you have a clear view of all this, you can start recruiting for bankers in line with this, those who share the same values.

“For me, it is like a good marriage, you need good DNA matching, good management of expectations and then you can go ahead to build something together. Banks first need to have a value proposition in hand before finding the right people to deliver it.”

In 2009, BNP Paribas decided to target private bankers who had at least four or five years in a senior role in their previous position. Thiriet said this level of experience was meaningful because “this is the minimum time horizon that both an employer and an employee should look at when signing a contract in this industry.” He estimates that around 80 per cent of the CVs he saw failed to meet this requirement.

“Our core focus is on bankers from various nationalities who have some private banking experience with an international institution. We pay special attention to bankers with international investment experience, and less on experience in local markets.

“We have a very long selection process for the vetting of bankers, and we hand pick them on an individual basis. To give you an idea, over the past two years, I have interviewed more than 200 people both in Europe and here in the region.”

Elizabeth Hackford does not think every private bank has such a meticulous approach to finding, and then developing, new recruits and the criteria she employs when hunting for talent can differ between institutions.

“It will always depend on what the employer is looking for because – believe it or not – some of them have a very short term view and require delivery within six months of a new joiner starting. In my opinion, what makes a strong private banker is the depth, substance and longevity of his/her client relationships.

“I am impressed by private bankers who focus on the needs of their clients when considering a move. Additionally, I would not expect a strong private banker to make more than two or three moves during his private banking career.”

Patrick Thiriet claims that the recruitment model he follows has helped him in the retention of staff. In the past three years, 16 new employees have been recruited by BNP Paribas Wealth Management – many of them bankers – and only two have left. He feels a major factor in successful recruitment is avoiding what he calls “love at first sight” appointments whereby the profile of a new employee does not ultimately fit with the bank’s outlook or approach to business. He is also very wary of what he calls “star performer” bankers whose remuneration demands tend to be excessive and who can be “challenging” to manage and adapt to a team.

Elizabeth Hackford feels that while an inadequate and poorly thought-out selection policy is bound to create problems for banks, other vital issues need addressing within the upper management structure of some financial institutions.

“I see more bogus hires coming from newly appointed senior managers who bring across ex colleagues and friends whilst they build a mini empire. The result is usually a political minefield.

“In the various jurisdictions in which I have operated, I’ve never seen so much politics getting in the way of business as I have seen here in the Middle East. The bigger problem h
ere is poor appointment choices at the senior management level.”

Nevertheless, the concerted attempts by some of the region’s bigger or internationally renowned private banks to raise the bar in the recruitment process is undoubtedly well timed as the widespread finger-burning which occurred among many HNWIs in the region during the 2009 financial crisis has, according to Booz and Company’s report, engendered a new sceptical outlook among investors.

“Clients will be more cautious about, even suspicious of, product recommendations. They will want the selection criteria and process for providers and products explained to them.

“Investors’ new conservatism and their disillusionment with the advice they received previously create a rare opportunity for private bankers to gain market share with an appropriate, client-centric product and service offering.”

But the fact is many private bankers, regardless of their previous pedigree, still enjoy the possibility of boosting their cut of the revenues they generate by pushing more products on to their clients. Patrick Thiriet thinks effective recruitment is crucial in allaying this risk.

“Fortunately, we select the right people who value their long-term relationship with their clients as the most important asset that they have and the most important asset for the bank as well. So, we do not put ourselves in situations where you have the pressure of commissions leading to abnormal margins or transactions that are not in the clients’ interests.”

Thiriet also emphasised that the majority of his bank’s revenues were recurring and not linked to commissions, with this being “the advantage of the private banking business model versus the brokerage oriented model.”

Arnaud Leclercq strongly believes the allure of commissions can threaten the impartiality of private bankers.

“A real private banker’s job is to provide the best services, solutions
and investment advice to their clients. This is why our bonuses are discretionary. None of our bankers have targets to push products on to clients.

“Some banks do pay people with commission-based formula i.e. when they generate x money they get y per cent. We do not operate in that way, as we believe that this creates a conflict of interest with the client. A good private banker is the one who proposes what is most suitable for the client at that moment in time.”