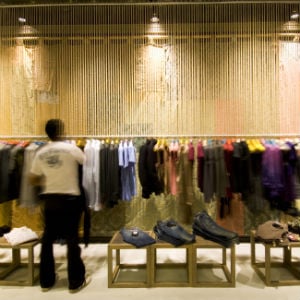 Consumer confidence declined sharply in Saudi Arabia during the last quarter of 2011, according to the latest global consumer confidence findings from Nielsen. In the MENA region, the survey found that confidence fell by seven points in the Kingdom, five points in Egypt and remained flat in the UAE.

The top concern for one in five consumers in the region was job security, while other concerns included worries over political stability and the economy.

“Political turmoil in the Middle East and doubts towards future oil demand, which is indispensible for the Saudi economy, and subsequent austerity measures has led to depressed consumer sentiments in Saudi Arabia,” said Arslan Ashraf, managing director, Nielsen Saudi Arabia.

“However, through hefty stimulus packages, the Saudi government is making efforts to insulate the economy from these global and regional developments.”

Overall, while the survey found that global consumer confidence increased one index point during the period, confidence levels fell in 60 per cent of global markets.

“While Europe’s challenging economic conditions in the second half of 2011 bought renewed vulnerability and fragility to consumers and financial markets globally, some of the most positive news last quarter came from the world’s two largest economies-the US and China-where confidence rebounded to Q1 2011 levels,” said Dr. Venkatesh Bala, chief economist at The Cambridge Group, a part of Nielsen.

“However, slowing GDP growth within emerging economies and inflationary pressures would suggest some degree of caution for the year ahead.”

More than half of global online consumers described their personal finances for 2012 as excellent/good, up from 50 per cent in the previous quarter, but 65 per cent indicated it is not a good time to buy.

“Overall, consumer discretionary spending will remain restrained and cautious in the first half of 2012,” said Bala. “Despite consumers becoming more confident about their personal finances for the year ahead, there is still a reluctance to spend, especially in the West; rising tensions in the Middle East and their impact on gasoline prices could further compound global consumer concerns and spending plans,” he added.

A majority of the respondents- 53 per cent in Asia Pacific, 74 per cent in both Europe and the MENA region, and 47 per cent in Latin America indicated that they believe they are in a recession.