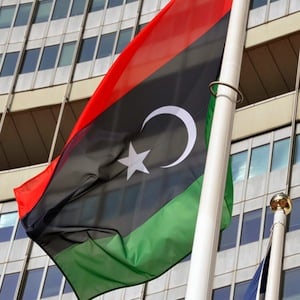 Libya is banking on UAE support and guidance to rebuild its economy, the country’s National Transitional Council (NTC) minister of economy told Gulf Business on Monday.

Ahmad Salem al-Koshly said he wants Libya to copy the UAE’s success in diversifying away from a complete oil economy.

“We have been looking at UAE leadership as a government and we want to take that as an example. The country has diversified itself away from oil and has gone into different sections of the economy, and Libya is looking at that with great interest and wants to learn more about how the UAE has done it,” the minister of economy said.

“We want to take their lead. And when we talk about investment opportunities, it doesn’t just mean the UAE comes and gives money to Libya – it could be a mutual investment somewhere else. We want to diversify into industries, whether it’s agriculture, finance, services or tourism,” he added.

Al Koshly also told the Dubai conference on Monday that he was expecting a huge cash injection, and said FDI from the UAE alone prior to the war amounted $13 billion.

The minister said he is confident that the new NTC government can restore investment confidence in the war-torn country.

“The policy of the new government is based on transparency and trade cooperation with the international community and that’s going to drive the country in the right direction to very fast growth,” he said.

“As a specific number we don’t have GDP growth at this stage because of the current situation in the country but there’s a lot of speculation from international banks that it will reach 12 per cent. That’s not really a concrete number, however, we see the growth increasing because oil production is now back to the same level before the whole situation last year.

“The trust within the investment community is growing. A lot of multinational companies are looking currently to invest in oil at this stage, as well the construction and the infrastructure,” he said.

While Libya currently faces many challenges, he said foreign companies had already moved back to the country to resume outstanding projects.

“What we are looking for is long-term investment,” he told the Dubai conference.