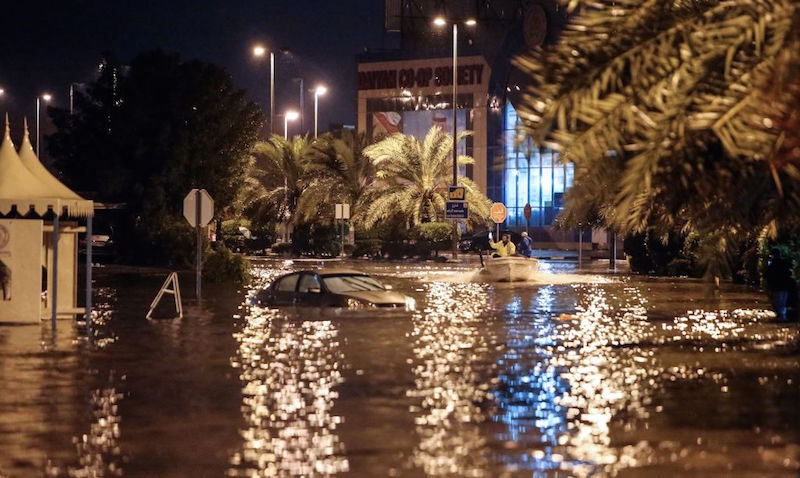 Kuwait’s meteorological office has warned of the possibility of unstable weather across the country during the weekend.

The Gulf state, which has been hit by a spate of heavy rains and flooding, will continue to see severe weather conditions from Thursday until Monday, meteorologist Abdulaziz Al Qarawi told the Kuwait News Agency (KUNA).

The strong winds are forecast to cause low visibility in some areas.

The “capricious weather patterns” are expected to continue until Monday morning, he added.

The country has seen extensive damage to roads and infrastructure linked to heavy rains and flooding in recent weeks, with government offices and banks forced to suspend operations on two separate days.

Operations at the country’s main airport were also briefly suspended last week due to the unstable weather.

On Tuesday, Kuwait’s minister of state for housing affairs and services said one engineering office and six companies would be excluded from future tenders after their projects were damaged by heavy rainfall.

Read: Kuwaiti PM says those affected by heavy rains will be compensated