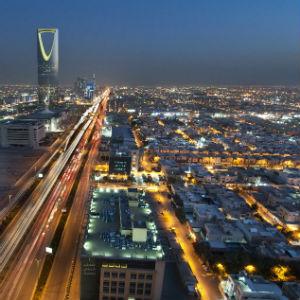 Saudi Arabian banking and real estate shares have surged since the government approved a long-awaited law allowing the development of a housing mortgage industry. But investors may be getting ahead of themselves.

The law, which is the country’s biggest economic reform in years, is likely to stimulate new business in the housing sector and provide fresh revenue opportunities to banks.

But analysts said they were not revising their share price forecasts, because it would probably take years for the industry to develop and there were still questions over its regulation and profitability.

“The effects will contribute to more building and lending gradually over the long term, but nothing significant will happen immediately on the ground,” said Sleiman Aboulhosn, assistant fund manager at Al Masah Capital in Dubai.

“However, the stock market is a different animal and might continue rallying sharply on future hopes, particularly the real estate sector.”

Hesham Tuffaha, head of asset management at Bakheet Investment Group in Riyadh, said shares could easily drop back after their rally since underlying problems in the real estate sector had not changed.

The real estate share index jumped 8.2 per cent on Monday and Tuesday while banking stocks climbed 5.3 per cent. Both indexes fell back slightly on Wednesday as investors took profits before the weekend.

Although lending for home purchases already takes place in Saudi Arabia, it is in a very limited form, mostly based on payments deducted by banks from salaries; the new law is expected to permit the introduction of a range of mortgage products.

“Mortgage lending is around 6 per cent of our overall loans, which is very small by international standards,” Rehan Khan, chief financial officer at Saudi British Bank, told Reuters on Wednesday.

“I’d expect those ratios to change quite a lot over the next five years.”

In the first year or two, however, growth may be slow. Saudi Arabia’s real estate market is constrained by high land prices and limited supply; in some areas, large tracts are owned by influential families which feel little financial pressure to sell or develop the land.

Prices are so high that despite heavy demand for new housing among the country’s fast-growing population, it is often hard for developers to build homes that are affordable for lower and middle-income Saudis, analysts say.

“I’m still cautious because we need real estate prices to come down by 20 to 30 percent to have more demand for the mortgage loans,” said Tuffaha.