Dubai’s mega Mall of the World project is progressing on track and is currently in the detailed design stage, a senior official has confirmed.

The mega project, which was launched in 2014 by state-owned Dubai Holding, is a 15-year development, said the conglomerate’s chairman Mohammad Abdulla Al Gergawi.

The funding for the project – estimated to cost Dhs 80bn – will be distributed across the entire time span, he told reporters.

He was speaking on the sidelines of the launch of the Dhs 1bn Marasi Business Bay project by Dubai Holding’s real estate arm, Dubai Properties Group.

“We are in the master-planning stage for Mall of the World. We have coordinated with all the relevant authorities including the RTA, DEWA and Dubai Municipality. We are now looking at the detailed design of the development and focussing on the first phase of the project,” Gergawi said.

Mall of the World – which is slated to have the world’s largest shopping destination – will be divided into four phases with the first phase slated for completion before Expo 2020, Dubai Holding’s vice chairman and managing director Ahmed Bin Byat confirmed earlier this year.

Read more: Dubai’s Mall of the World plans not scaled down; work to begin next year

Phase one will comprise at least 25 per cent of the entire project with construction slated to begin next year.

Work on the project will continue based on market demand, he added without disclosing any overall completion date.

The mega project will be funded by a mixed basket of investors.

While a third of the funding – just shy of Dhs 30bn – will be provided by Dubai Holding, the remaining amount will be raised from investors and debt.

“We are talking to advisors, financial investors and sovereign funds and we have signed understandings with quite a few people,” Byat said.

The mixed-use project is drawing interest from local as well as global investors, he added.

Some pictures of how it was initially conceptualised 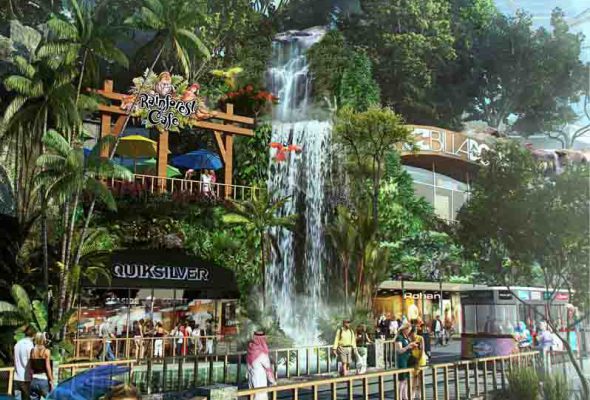 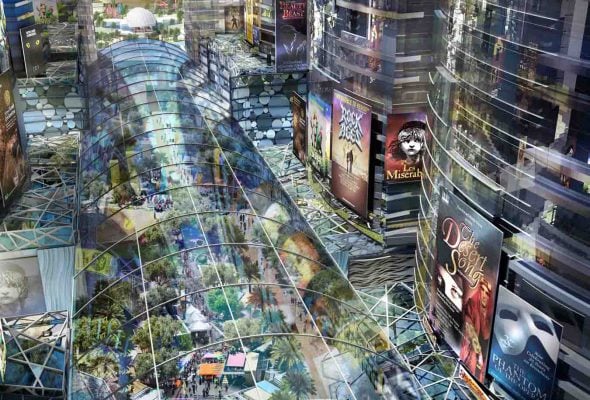 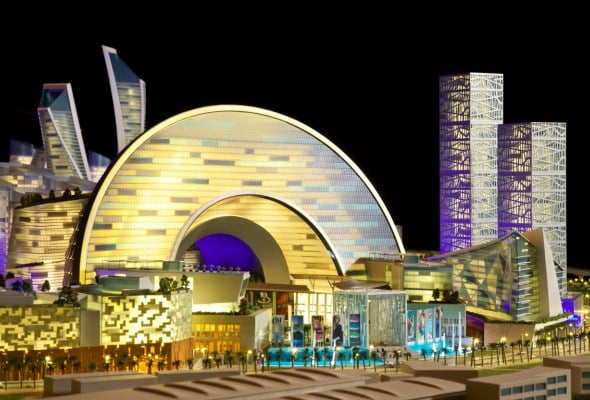 The project was also intended to include a wellness zone, a cultural celebration district and 100 hotels and serviced apartment buildings with 20,000 rooms.

Despite the current slowdown in the market, all of Dubai Holding’s projects will continue, said Gergawi.

“Our projects are aligned with the vision of the country and all of them have a longer time span. We are not speculators,” he said.

“If there is a slowdown during one or two years – by no means will it affect the progress of the projects. We can accelerate or decelerate depending on demand, but we will not stop because the market is down or up,” he added.