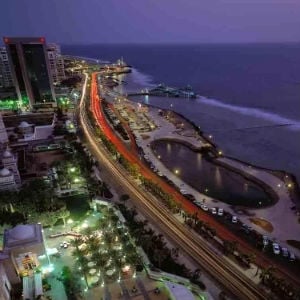 Hotels in Jeddah saw a 30 per cent hike in profits during March this year, according to a survey by TRI Hospitality Consulting.

The city drew in crowds with a number of major events in March including The Big 5, Jeddah Economic Forum and the tenth International Real Estate, Financing and Housing Exhibition.

Average occupancy at four and five star chain hotels in the city increased 7.2 percentage points and average room rates (ARR) increased 12 per cent during the month, compared to the same period last year.

“Performance of hotels in Jeddah has shown significant improvement in the last few months on the back of solid growth in tourism activities, both business and leisure,” Peter Goddard, managing director of TRI Hospitality Consulting in Dubai, said in a statement.

“The first quarter results from HotStats show a 26.7 per cent growth in RevPAR, but what is more interesting is that profits have grown by 41.8 per cent during this period compared to Q1 2011,” he said.

Performance of hotels in Riyadh remained fairly stable in March with occupancy levels increasing 1.5 percentage points during the month to 68.9 per cent and ARR declining 3.4 per cent to $262.4 during the month, said the report.