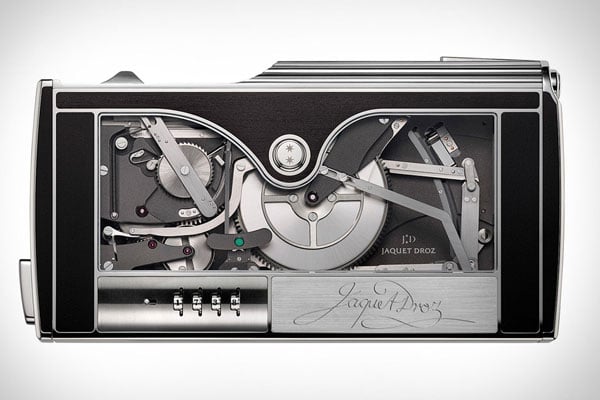 It was at the 2014 version of the annual watchmaking show, Baselworld, that Jaquet Droz first unveiled the Signing machine. Back then, the working prototype model was programmed such that it could learn a signature and then replicate it autonomously all with the help of a clever set of mechanical moving parts.

Four years Jaquet Droz has started shipping this device for a whopping $367,500. The official launch is in time to celebrate the brand’s 280th anniversary.

Pierre Jaquet Droz, the brand’s founder, was best known for his lifelike automata known as androids. Three of his most famous creations, the Writer, the Draughtsman and the Musician are on display at the Neuchâtel Museum of Art and History and are fully operational models even today.

With nearly three centuries of experience in making automatons, this 21-st century Signing Machine is the pinnacle of the brand’s expertise in creating automatons. The hand-made cams in this smartphone-sized machine create a fluid writing script. 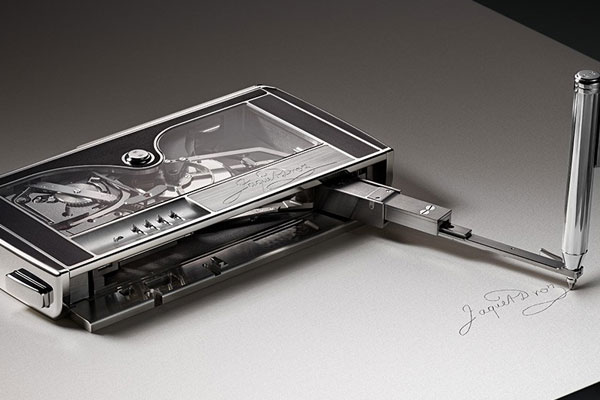 This is pure mechanics as there is not a single piece of electronic wizardry used in this device. There are 585 mechanical parts in this machine which can be programmed to replicate your signature or anything else you want it to.

To protect it from being misused, there’s a four-digit security code that needs to be entered before you activate the device.

The Signing Machine, unlike the automaton watches, may not be able to tell the time, but it is certainly a talking piece that gets you a considerable amount of attention. For the oligarchs and business tycoons who score a Signing Machine, the next time they need to sign a billion-dollar deal, they’ll whip out this device instead of that diamond-encrusted fountain pen that their old-school counterparts will rely upon.