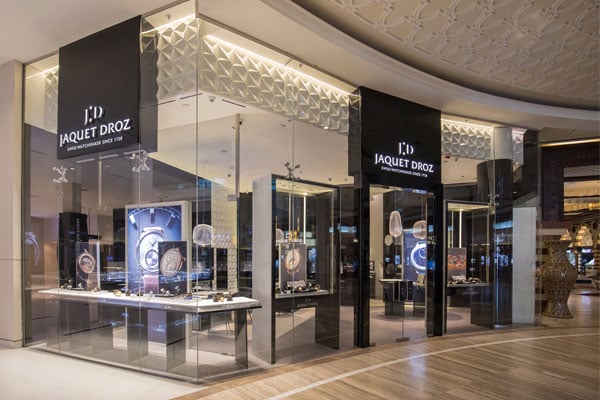 Last week, Swiss watchmaking house, Jaquet Droz, opened its first boutique in Dubai. Located inside the Dubai Mall, the flagship store brings some of the watchmaker’s finest novelties, many of them unveiled only a few weeks ago at Baselworld, to Dubai.

Jaquet Droz is the undisputed king of automata. The roots of the 18th-century watchmaker can itself be traced to its founder Pierre Jaquet-Droz who created automata as a way to demonstrate his mastery over mechanics.

The automata on display at the store included a Parrot Repeater Pocket Watch and the Signing Machine. Also on display was the red-gold Tropical Bird Repeater, limited to just eight pieces, which features a hummingbird that flaps its wings 40 times a second.

Jaquet Droz belongs to the Swatch Group, one of fine watchmaking’s most prolific conglomerates, which also owns several other top-tier watchmakers. Breguet, Blancpain and Jaquet Droz are perhaps the three most prestigious brands from within the Swatch Group stable. 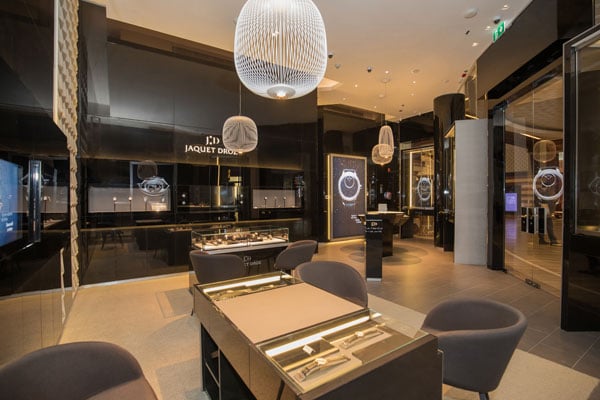 Marc A. Hayek, the second generation of the Hayek family that founded the Swatch Group, is also the President of these three brands. Christian Lattmann, who was appointed as CEO of the Jaquet Droz in 2016, was present to mark the opening of the store.

Jaquet Droz had a particularly strong showing at Baselworld last month. Among the standout pieces was the Grande Seconde Tribute which features an elegant grand feu enamel dial framed with a yellow gold case.

Limited to 88 pieces, flip it over and you’ll see some exceptional craftsmanship by way of the hand-applied guilloche on the winding rotor. Then there’s the Grande Seconde Sekelet-One with its exposed hollowed out mechanics and where the sub-dials are made out of thin sheets of sapphire.

If you want to go hands-on with any of these new novelties here in Dubai, you know exactly where should head to right about now.