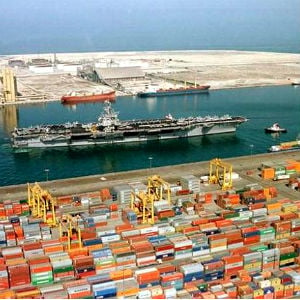 JAFZA, which runs an industrial free zone on the outskirts of Dubai, is considering a $900 million syndicated loan, which will be followed by a $600 million Sukuk and up to $500 million of cash repayments over the coming months, one of the bankers said.

“On the loan side, it’s almost there. The sukuk will follow shortly afterwards and the loan will be beefed up if there is a gap, but I don’t think there will be,” a Middle East-based banker said.

JAFZA’s November maturity was initially highlighted as one of the biggest refinancing challenges in the Gulf region in 2012, but one of the bankers added that the level of interest so far strongly suggests the company will secure the refinancing.

Pricing will be in line with similar deals for Dubai-based entities in 2012, the Middle East-based banker added.

A margin of 300 basis points (bps) for a five-year deal is an acceptable average for Dubai-based deals, a second Middle East-based banker said.

As expected, many borrowers continue to push for lower pricing, as seen with the 225 bps margin for DP World’s $1 billion refinancing.

A lack of closed deals over the past six-months has made it quite difficult to gauge both borrowers’ and lenders’ pricing expectations.

JAFZA’s move to repay up to $500 million from internal cash reserves follows DP World’s announcement on March 26 that it will repay up to $2 billion worth of a $3 billion debt internally.

Such efforts are slowly strengthening investors’ confidence that Dubai could return to its former glory of pre-2008, after many lenders — especially European banks — shied away when the city took a heavy hit during the financial crisis.

The original bond was managed by DIB and also Barclays, Deutsche Bank and Lehman Brothers.