Is The Property Market Back? | UAE News 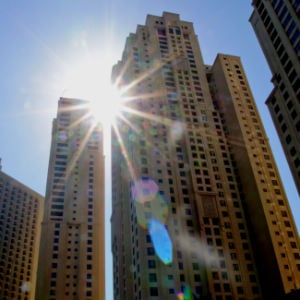 Most UAE property firms posted positive results during the first quarter of the year. While Abu Dhabi’s Aldar Properties saw Q1 net profit rise more than 152 per cent year-on-year, Emaar’s profit increased 44 per cent, and Sorouh posted a 30 per cent net profit rise during the period.

While the announcements boosted local stock markets, does it indicate that the country’s real estate market is finally stabilising after its disastrous drop during the financial crisis in 2008/2009?

Ron Hinchey, director at property consultancy Cluttons is cautious about reading too much into the results.

“Master developers recording profits can be difficult to comment on without knowing the details, as major asset disposal can often create or boost declared profits in a particular year,” he said.

“But even that is a sign of activity and asset demand is another measure of confidence returning to the market going forward,” he added.

Looking individually at the companies, Dubai’s Emaar mainly capitalised on its retail and hospitality business to bring in the revenues this quarter.

Revenues from Emaar’s malls and hospitality segments grew 25 per cent compared to the same period in 2011.

“We are seeing a gradual maturing of the marketplace with the country’s major developers forced to change their core business strategy in the absence of a functioning off-plan market,” said Matthew Green, head of research & consultancy at CBRE Middle East.

“Developers with completed and incoming generating assets on their books are typically posting very positive numbers, capitalising on the strength of the hospitality and retail markets in particular.

“This is reflected prominently with Emaar who are reaping the benefit of highly successful properties such as the Downtown Address Hotel and the Dubai Mall,” he said.

In neighbouring Abu Dhabi, Aldar said that net profit reached Dhs478.2 million in the first quarter compared to Dhs189.1 million in the same period in 2011.

“The results reflect the significant deliveries of residential units and land plots at Al Raha Beach that began in the quarter and will continue through the year, supported by strong recurring revenues from our operating businesses,” Ali Eid Almheiri, chairman of Aldar said in the statement.

However, the developer’s revenues, which reached Dhs3.58 billion during the Q1 2012 from Dhs784.7 million in Q1 2011, were mainly boosted by a Dhs2.2 billion deal signed with the Abu Dhabi government.

Its rival Sorouh Real Estate, which is holding merger talks with Aldar, is also heavily reliant on government projects.

The developer said that revenues during the period doubled to Dhs967.2 million, with revenue from national housing projects generating Dhs62 million in gross profit.

According to Gurujit Singh, COO of Sorouh, it is still too early to judge when the Abu Dhabi market will bottom out.

“It’s still very speculative now, we can’t say when [the correction will take place]. By the end of this year one would have to monitor very carefully the amount of supply that will come onto the market and you need to tally that against the number of government pumped projects that are being slated to come on stream.

“Once the [supply] comes on you’ll know whether there’s a better derived demand. There has to be a soak up of these units that are coming onto the market,” he said.

“Abu Dhabi is turning the corner very slowly,” he added.

While the country’s property market certainly seems to have risen from the slump, it may be a while before normalcy returns.