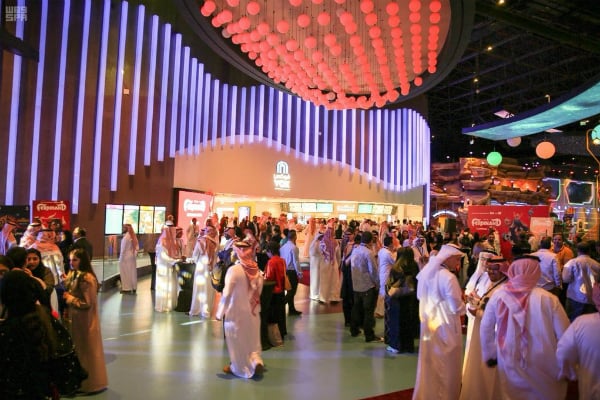 US entertainment technology firm IMAX is hoping to open up to 100 screens in Saudi Arabia with partners over the coming decade following the lifting of the kingdom’s cinema ban, its CEO has said.

Saudi Arabia’s General Authority for Culture signed a preliminary deal with IMAX over the weekend to support the kingdom’s film sector and it has been one of the few companies to maintain a presence there through the educational IMAX dome theatre at Sultan Bin Abdul Science Centre, which opened in 2005.

Speaking to Gulf Business, Richard Gelfond indicated the company was aiming for 3-4 per cent of the 2,500 screens authorities plan to set up by 2030 to use the company’s technology.

Gelfond said Vox approached IMAX more than a year ago amid rumours that the kingdom’s 35-year theatre ban was to be listed.

On Monday, the two companies announced a sales deal for a minimum of four and up to six new IMAX theatres in Saudi Arabia.

In addition to the first location, these are planned at Majid Al Futtaim’s Mall of Saudi and City Centre Ishbiliyah, set to open in the coming years.

Vox has said it plans to invest SAR2bn ($533.3m) in Saudi Arabia to open 600 screens in the next five years after receiving a licence to operate cinemas last month.

Gelfond said IMAX was also in talks with US entertainment firm AMC, which has partnered with Saudi Arabia’s Public Investment Fund to open theatres, including the first to open since the ban was lifted at King Abdullah Financial District.

It plans to open 40 theatres over the next five years and three more by mid-summer.

“We’re already in discussions with AMC, which is working with the PIF to develop cinemas in Saudi. We’ve been contacted by other parties as well. I think there is going to be a lot of demand for IMAX theatres,” he indicated.

“We’re going to have to sort out who is the right partner in different areas but I’m quite confident we’ll partner further with VOX and AMC and probably several others.”

Based on the expected appeal of IMAX’s more premium cinema experience and familiarity with the concept from Saudis that have travelled abroad, the CEO said the company hoped to exceed its usual formula of 1-2 per cent of total screens in a country and 10 per cent of box office sales.

“One of the things I’m hoping to accomplish in Saudi is because there is a higher concentration of wealth then perhaps there will be more demand for IMAX on a relative basis compared to other countries.”