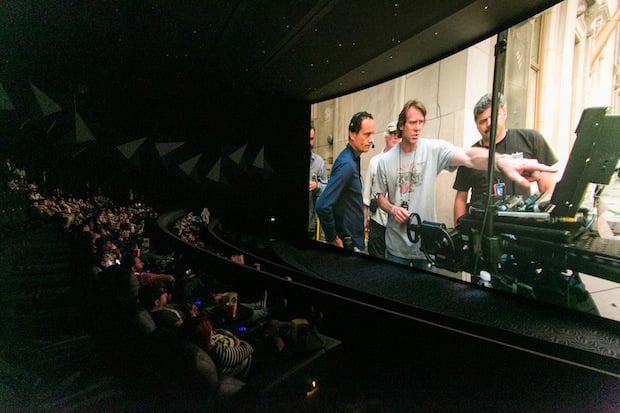 Saudi Arabia’s General Authority for Culture has signed a preliminary deal with US projection firm IMAX for the production and development of films at a local level.

The draft agreement comes under the authority’s efforts to develop the film sector after a cinema ban was lifted at the end of last year.

The two will explore opportunities to support Saudi studios and film directors with the goal of exporting Saudi films to non-Arab markets.

IMAX said it would also examine the possibility of establishing a film technology laboratory in Saudi Arabia to train filmmakers and work with them on Arabic documentaries and other forms of entertainment in the IMAX format.

The General Authority for Culture aims for the sector to contribute to the economy and foster creative talent.

The council has launched a national grants programme and a partnership scheme for talented film makers.

The company said in an April statement that it would be investing SAR2bn ($533m) in Saudi Arabia to open 600 screens in the next five years.

Other cinemas care planned at Majid Al Futtaim’s Mall of Saudi and City Centre Ishbiliyah, set to open in Riyadh in the coming years.