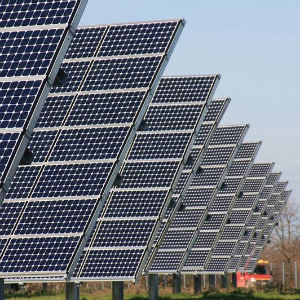 The Dubai Electricity and Water Authority (DEWA) has awarded Austrian firm M/S ILF engineers a consultancy contract for the development of its Dhs12 billion ($3.26 billion) 1000 megawatt solar energy park, in addition to the construction contract for its 10 megawatt solar project.

The 1000 megawatt Mohammed bin Rashid Al Maktoum Solar park which was launched earlier this year is expected to begin by the end of 2013.

DEWA will manage and operate the overall development of the first solar project in the park which will cost Dhs120 million and will be fully funded by the Dubai Supreme Council of Energy.

Electricity generation at the 10 megawatt project is expected to start by the fourth quarter of 2013, according to the project officials, with latter stages of the project seen to produce 1000 megawatt by 2030.

The energy park is located in Sehil Al Dahal on the Dubai to Al Ain road.

The overall GCC energy project pipeline is worth Dhs1,017.4 billion according to a report from Kuwait Financial Centre (Markaz).

Every year, utility demand in GCC is expected to grow seven per cent to eight per cent, with Gulf countries expected to spend Dhs165.26 billion ($45 billion) by 2015 in order to add 32,000 megawatts of capacity, said the report.

Power consumption across the GCC has grown at an annual rate of about nine per cent since 2002, and Saudi Arabia and the UAE account for 75 per cent of total GCC consumption.