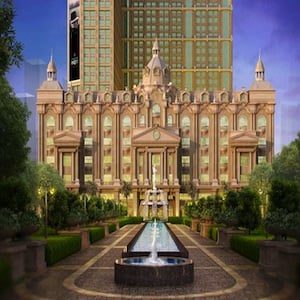 Australian construction firm Leighton Holdings said that one of its business units, the Habtoor Leighton Group (HLG) has received a $515 million contract to work on the Habtoor Palace project in Dubai.

The contract was awarded by the Al Habtoor Group, and under the deal, HLG will construct the hotel complex, comprising a five-level podium, one 36-storey tower and one 25-storey tower.

The $1.33 billion Habtoor Palace complex will have 1600 rooms between three hotels, a Las Vegas-style theatre, several tennis courts, a massive garden and international food and beverage outlets when completed.

It will be located on the site of the Habtoor Group’s existing Metropolitan Hotel on Sheikh Zayed Road.

The demolition of the Metropolitan is expected to begin in March 2012, and the development is scheduled for completion in the second half of 2016, said HLG.