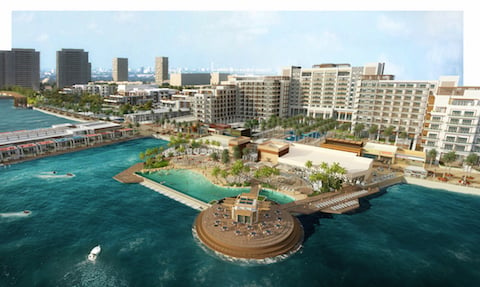 It will feature a conference centre, seven dining outlets and an infinity pool next to the Arabian Sea and is due to open in 2019.

“This represents a landmark deal for Hilton and puts us at the forefront of the transformational journey Yas Island is undertaking to become one of the world’s top leisure destinations,” said Carlos Khneisser, vice president of for MENA at Hilton.

“Hilton Abu Dhabi Yas Island Resort is indicative of the calibre of project we are looking at for our resort portfolio here in the Middle East.”

The wider master plan for the southern end of Yas island includes public waterfront and entertainment district Yas Bay, a new campus for media zone twofour54 and a residential complex.

The development is expected to host 15,000 new residents, 14,000 daily visitors and 10,000 working professionals when completed.

Miral has invested Dhs4bn ($1.36bn) into the first phase of the development, with work already underway.