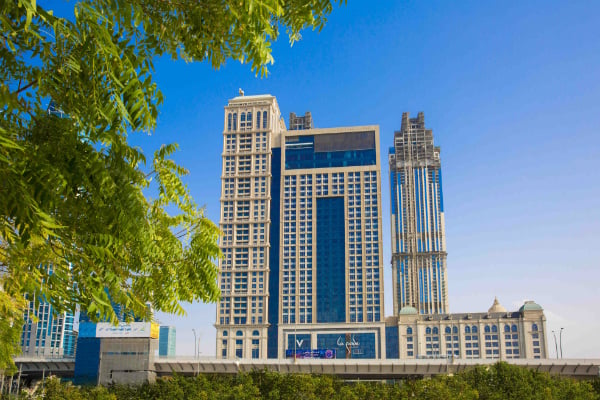 Months after a controversial rebranding of its hotels at Al Habtoor City Marriott to Hilton, owner Al Habtoor Group has said they are on track for “considerable growth”.

The company announced it would be ending a management deal at the development, which includes three luxury hotels with nearly 1,600 rooms, 18 food and beverage outlets and 34 meeting spaces, with Marriott in July.

Read: Hilton to take over management of Dubai Habtoor City hotels from Marriott

No reason was given for the change but Marriott’s CEO president and CEO Arne Sorenson last month described it as “economically logical” and said Habtoor had a “different vision” to the hotel company’s own for the complex, which also hosts the 1,300-seater LA Perle by Dragone aqua show.

Al Habtoor Group said in a statement on Sunday it was forecasting “considerable growth in its results and a positive forecast compared to the same period last year”.

“As the year end nears, Al Habtoor City’s hotels are witnessing a very healthy increase in the business ahead of the upcoming holiday season and the first half of 2019 in comparison with the same period of last year, with a double-digit growth in the occupancy rates,” the company added.

Marriott is set to open 11 hotels in the UAE this year alone, bringing its total rooms in the country to 17,000 despite its withdrawal from Al Habtoor City.