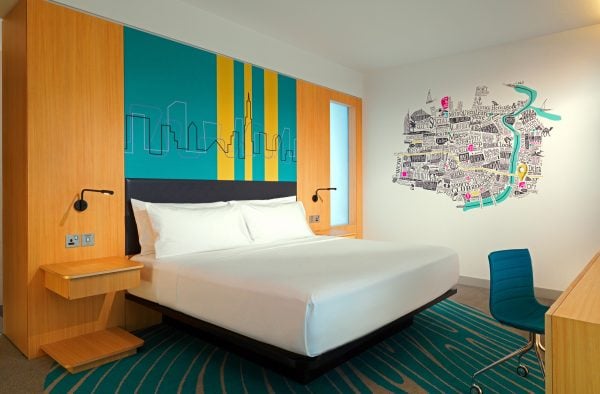 Marriott International’s surprise withdrawal from Al Habtoor City was “economically logical” but all three brands that exited still offer growth potential in Dubai, according to president and CEO Arne Sorenson.

W Dubai – The Palm, due to open this summer, is aiming for a Q4 launch, but otherwise Marriott’s focus is on the mid-scale segment with four Alofts opening in 2018. Aloft City Centre Deira officially opens on Wednesday (room pictured) and the fourth is due to open in Dubai South before the year end.

These will bring Marriott’s hotel additions in the UAE to 11 this year alone and its total portfolio in the country to 59 properties with 17,000 rooms.

Speaking at Bulgari Resort Dubai, Sorenson said: “We are not in the business of departing hotels, that’s not our primary aim, but the economics associated with the separation seemed logical and we are quite confident that we will be able to have incremental growth with each of those three brands in the relatively near term in Dubai. The opportunities in the Emirates are still profound.”

The first Edition hotel regionally is due to open in Abu Dhabi this month, and other openings include Courtyard by Marriott Al Barsha and Four Points Sheraton Sharjah.

In line with other global operators, Marriott has high hopes for Africa and plans to increase its hotels by 50 per cent in the next five years.

Cover feature: How Miral is transforming Abu Dhabi with its grand vision