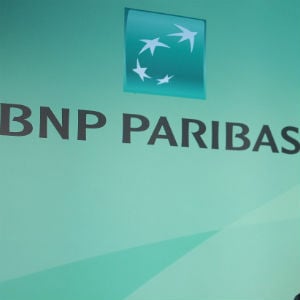 As struggling European banks scale back their worldwide operations, cash-rich Gulf lenders see a chance to expand by snapping up the Middle East assets of European rivals at attractive prices.

After years of building operations in the fast-growing Middle East and North Africa region, European lenders are shrinking back due to a crippling debt crisis at home and the need to raise capital to meet regulatory requirements.

Gulf banks are keen to seize an opportunity as profitable businesses from Turkey to Egypt have been put on the block by European banks at a time when valuations are near multi-year lows due to the volatility in financial markets.

“There is a lot of pressure on the international banks to divest non-core assets and focus on their domestic operations due to the euro zone crisis,” said Jon Breach, Dubai-based chief executive of BDO Corporate Finance Middle East.

“Undoubtedly, for regional banks (in the Gulf) that provides a natural opportunity to consolidate and grow. You can see clear logic for that.”

BNP Paribas, France’s biggest listed bank, is planning to sell its retail banking operations in Egypt as it seeks to shore up its capital base and exit non-core operations, two banking sources told Reuters this month.

Piraeus Bank, Greece’s fourth-biggest lender, is planning to sell its Egyptian arm and as many as five Middle Eastern institutions have bid for the $200 million stake, sources told Reuters in April.

Piraeus, one of four stricken Greek banks that recently received capital injections to help them overcome the effects of the country’s debt crisis, was not immediately available for comment.

Standard Chartered Plc pulled out of the sale process last year citing political instability in the North African country, but Gulf banks remain keen to establish themselves there.

“Most of the Gulf banks have their operations confined to their respective states which have limited opportunities for rapid growth at higher base,” said Joice Mathew, head of research at brokerage United Securities in Muscat.

“Branching out to familiar and neighbouring regions like Egypt, Turkey is a sensible option given the quality of assets being put up for sale by the European lenders. Deposit growth has been on the rise and in the absence of enhanced lending options, it’s logical to put that low-cost excess liquidity on acquisitions.”

First-quarter profits of around 20 Gulf banks covered by Kuwait’s Global Investment House rose 18 per cent year-on-year, thanks to strong balance sheet growth and lower provisioning, according to the brokerage.

Those banks’ deposit base grew 6.2 per cent in the quarter, Global said, but some banks are seeing much bigger deposit growth, helped by oil-driven inflows.

QNB, Qatar’s largest lender, was the prime contender to buy Belgian lender Dexia’s Turkish arm DenizBank but recently lost out on the deal, worth up to $3.9 billion, to Russia’s Sberbank in a highly competitive auction process.