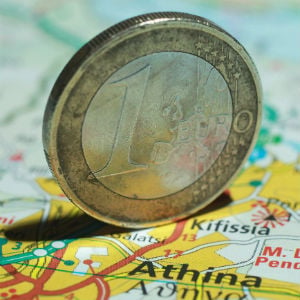 Greece’s potential exit from the Euro next month will rattle confidence in the Gulf economy, lowering oil prices and impacting the local stock markets, according to finance experts.

M.R. Raghu, senior vice president at Kuwait Financial Centre, believes the impact would be indirect but the collateral damage would still be significant enough to impact local stock markets and investor confidence with trade links also being affected.

“There is no direct relationship between Greece and the Gulf from a trade perspective so the direct impact on the Gulf will probably be miniscule. But the collateral damage will be very significant,” said Raghu.

“The exit of Greece from the Eurozone will rattle confidence in the currency and stock markets and impact global growth. The knock-on effect will have an impact on local economies and will force low oil prices throughout the region.

“Local stock markets will also be affected as they increasingly react to world events. So if the global markets react sharply to the news, which is what we’re already seeing now, then weaknesses in local markets may appear.”

With Greece yesterday failing to install a new Government, economists are fearing that should a new party be elected next month the original bailout agreement between the debt-ridden country and the IMF and EU could become redundant, ending Greece’s lifeline and forcing its exit from the Euro.

“Things are evolving by the minute with the Greece situation,” Raghu said. “The possibility of an exit is no longer talked about as a rumour but is now being valued as a real option. It’s very worrying; it will have a contagion effect.”

Though the possibility of the euro zone contagion is possible, one expert believes the GCC’s close trade with Asia will protect the region.

“Should there be any Greek event, the main channel of contagion to the real economy will be through trade/exports,” said Philippe Dauba-Pantanacce, senior economist at Standard Chartered Bank.

“But Asia is now the GCC’s main export market, while the EU represents only seven per cent. So the channel of contagion will be indirect. A collapse in Asian demand, coupled with already muted growth in the West, would certainly translate into lower oil prices and output.”

Abdul Aziz Al Ghurair, CEO of Mashreq, was slightly more optimistic: “A Greek-Euro exit won’t really effect the UAE economy. There is a psychology and emotional affect to things that happen in the rest of the world,” he said.

“If you look at the last three years, trade in Dubai has done well, despite the recession. The tourism and retail businesses have done extremely well. I don’t think the Euro situation is a real concern.”