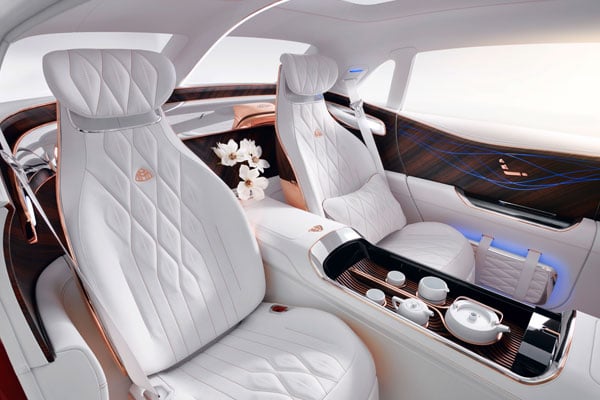 We know you like your SUVs big and as well-appointed as your apartment itself. Good thing then that the folk at Mercedes-Maybach know exactly how to deliver on that brief.

At the ongoing Beijing Motor Show, the motoring universe was greeted with the world premiere of the Vision Mercedes-Maybach Ultimate Luxury. A mouthful, we agree, but take a good look at this concept SUV and we’re certain you aren’t going to forget its name anytime soon. 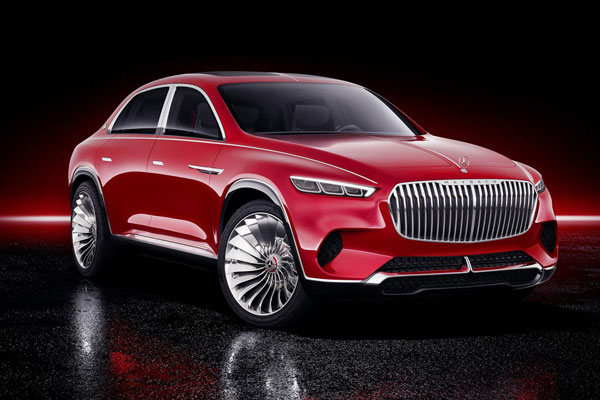 This is an SUV that will impress, if not intimidate, with its sheer size. It’s longer than an extended wheelbase Range-Rover and wider too. The door handles sit flush with the door and the 24-inch wheels means that the SUV strikes a proportional height-width ratio that doesn’t jar with the overall design. 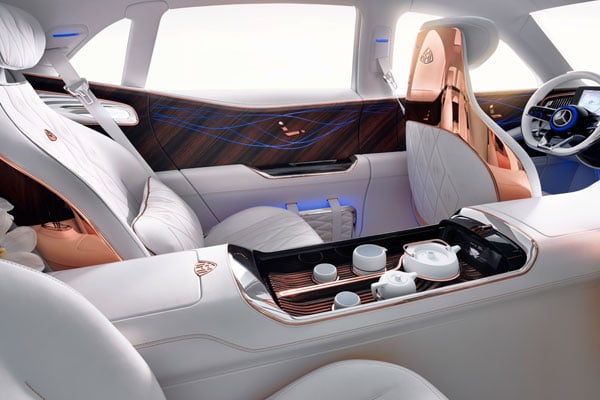 In a statement to the press, Gorden Wagener, Chief Design Officer at Daimler AG said, “The Vision Mercedes-Maybach Ultimate Luxury is a totally new archetype of a kind never seen before. Our concept combines the DNA of an SUV with that of a saloon to produce an ultra-modern SUV of three-box design.” 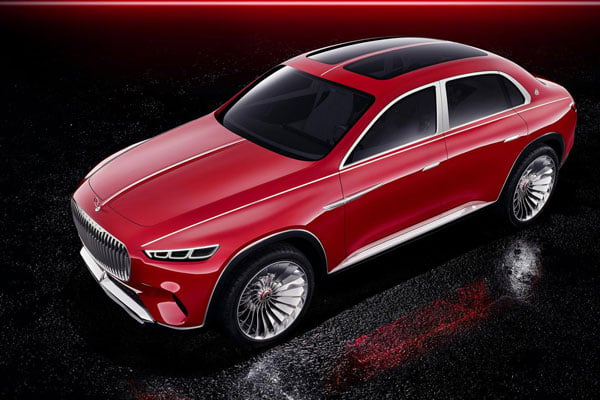 One of the best seats in a Maybach is always the backseat, and in this concept that space is indeed very special. There is plenty of cloud-white Nappa leather and fine-grained wood veneers all across this space. The backs of all the four seats are covered with shiny rose-gold coloured aluminium. Those rear seats resemble ones you’re more likely to find on an aircraft rather than a car, and offer calf support and a massaging function as well. 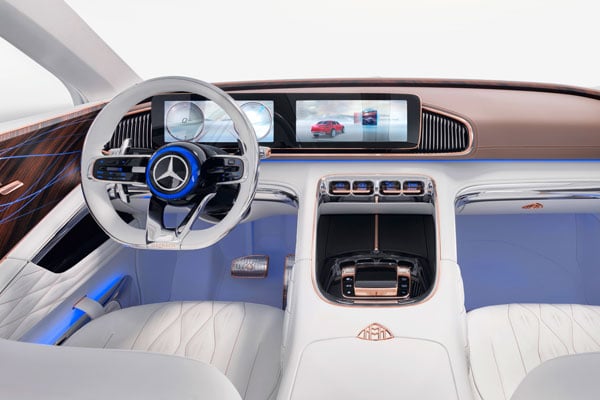 There is also a built-in heated ebony tray in the backseat between the two rear passengers that can hold a teapot and cups. Truth be told: We’d be a little too afraid to attempt drinking a cuppa for fear of spilling in that extremely plush cabin. 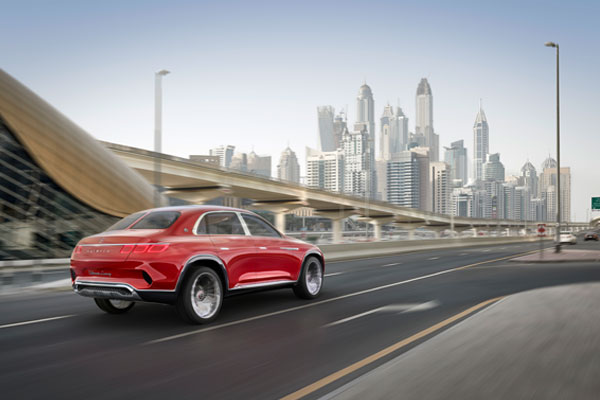 One of the biggest conversation points is that motor – an all-electric unit whose four motors collectively generate 740hp. The 80kwh battery is powerful enough to give this machine a top speed of 250kph and a range of 321 miles. There’s no need to suffer from a bad case of range anxiety every time you head out in this SUV – provided you don’t drive this thing with lead stuffed in your shoes.

There are no concrete release dates or pricing information on this concept at the moment. But expect a few more updates to trickle out over the next few months. Stay tuned.