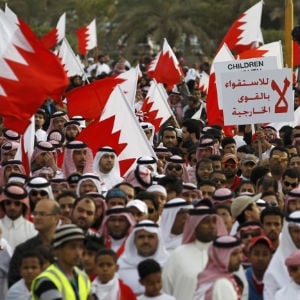 In recent years the total GCC population has experienced rapid growth due to greater demand for expatriate workers.

During 2009-2013, the compounded average growth rate in GCC population is estimated to have slowed down to 3.2 per cent because of slacking expatriate influx after the end of the boom, compared with 5.9 per cent in 2004-2008, said QNB Capital, an affiliate of the Qatar National Bank, in their report.

“The GCC’s booming economy in recent years has created substantial demand for expatriate workers. As a result, the region has experienced a rapid growth in population,” the report said.

However the new study shows that the population growth rates are now moderating.

The growth of GCC nationals is forecast at 2.4 per cent between 2009 and 2013, down only from 2.5 per cent in the previous five years. This is double the global average, owing to a youthful population, high birth rates and improving life spans due to investment in healthcare.

Most expatriates in the region work on a short to medium-term basis. Although their total is growing, the particular individuals rotate over time according to the skills required .

“This stimulated a period of rapid development in the non-oil sector which required large numbers of construction workers,” it added.

Following the brief crash in oil prices in 2009 and weaknesses in the real estate sector, some analysts expected trends to reverse and expatriate numbers to fall. Because of the GCC economies which remained buoyant this did not happen. Although population growth did slow sharply in some places.

The GCC-based expatriate population is projected to grow continuously at a steadier rate of about 4.0 per cent during 2009-2013.

Growth has not been even across the GCC.

While Saudi Arabia still represents the majority of the region’s population, the Kingdom’s share is expected to decline from 68 per cent to 61 per cent, owing to the Kingdom’s high proportion of local citizens.

Population growth has been driven by expatriate immigration and it is natural that this has been highest in the countries that have relatively small nationals populations relative to their oil wealth, while countries like Saudi Arabia and Oman have seen more moderate levels of expatriate growth.