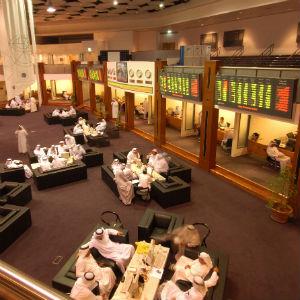 Four IPOs were launched in the GCC during the second quarter of 2012, raising over $1.1 billion, according to the latest report from PricewaterhouseCoopers (PwC). This was the strongest quarter-wise IPO performance in the last two years, said the report.

Three of the four IPOs were launched on the Saudi stock exchange and included issuances from Al Tayyar Travel Group, a family business in the travel and tourism sector which raised $365 million, Saudi Airline Catering Company, the catering unit of Saudi Airlines, which raised approximately $354 million, and a $227 million IPO by Najran Cement Company.

In the first half of 2012, the total value of IPOs increased by 70 per cent while volumes rose by 33 per cent, compared to the same period last year.

Tadawul, the Saudi stock market, continues to dominate the regional exchanges hosting five out of the six IPOs in the first half of 2012 and 87 per cent of the total value raised, said the report.

However, trading activity on the GCC stock markets receded towards the end of the first half of the year.

“Whilst IPO activity in Q2 2012 could be seen to be encouraging, it is still difficult to determine if we are seeing any real recovery,” said Steven Drake, head of PwC Capital Markets in the Middle East.

“With what is happening in the Eurozone and the slowing of some of the high growth markets such as China and India, it is difficult to determine the impact this will have on our regional markets. We continue to see a strong pipeline in Saudi Arabia and would expect some more companies come to market in Q3 and Q4 of 2012, as long as share prices remain stable.

“Our outlook for the rest of 2012 is for a continued IPO upward trend in the KSA market with perhaps limited to no activity on other regional markets.”