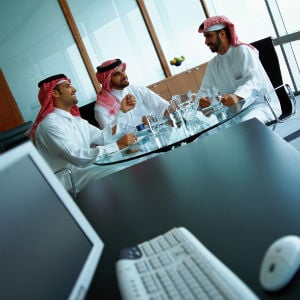 Family-run offices in the GCC are investing heavily in their businesses rather than their personal assets, according to a report by US asset management firm Invesco.

The report, which surveyed investors and asset managers across the region, found that 40 per cent of family office interviews cited a strong shift from personal to corporate assets.

The main factors urging family offices to invest in their businesses include corporate funding (27 per cent), attractive returns (16 per cent) and greater opportunities (four per cent), it said.

“The opportunity for ultra high net worth individuals (UHNWI’s) to receive double digit corporate returns, rather than seek expensive bank financing or dilute shareholdings is currently too attractive to turn down,” said Nick Tolchard, the head of Invesco Middle East.

“While private capital is moving out, these UHNWI are saying that they need to invest in their own businesses since there are opportunities,” he told Gulf Business.

“Businesspeople in this region are particularly keen on tangible assets they own that aren’t intermediated,” he added.

According to the report, family businesses in the region have great scope for growth since they are typically run by “well-connected GCC locals” with monopoly or oligopoly rights within certain industries.

“As successful family businesses expand horizontally into new industries, barriers to entry can be high, resulting in attractive profit margins and corporate returns on capital,” the report said.

“These corporate returns are higher than those available on personal investments, and can thus act as a disincentive to the transfer of corporate wealth into personal accounts,” it added.

However, family businesses pose a big challenge to local asset managers since the local stock markets do not reflect their profits and growth prospects.

Local private equity firms also face issues while trying to source investment or exit opportunities due to the reluctance of family businesses to cede control or dilute their shareholdings, the report added.

But with the increasing investment into family offices, is there a chance that they will expand and perhaps contemplate launching IPOs?

“It’s hard to predict what’s going to happen,” said Tolchard. “We would welcome broader stock markets so IPOs would be part of that. I think what it means is that growth plans have a higher degree of probability of being on track.”

“Even though we have seen an improvement in the performance of regional bourses, this has not yet translated into a consistent increase in regional IPO activity,” said Phil Gandier, MENA head of Transaction Advisory Services, Ernst & Young.

“The IPO markets have been very quiet since 2009 mainly due to lower than acceptable valuations than private and family businesses were willing to accept,” he said.

However he added that there was a growing interest from such businesses.

“The strategic rationale of institutionalising these companies and protecting them from succession issues by embarking on the IPO journey is as relevant as ever. Improvements in the secondary markets have increased the prospects of better pricing for IPOs. This translates to a subsequent increase in the readiness to go public,” he said.