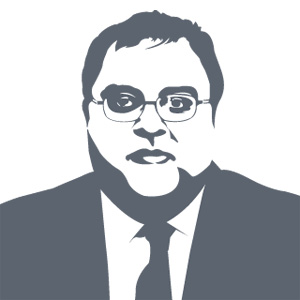 Crystal ball gazing invariably forces self-styled oracles to swallow crushed glass. Still, here are my calls for 2012:
Silicon Valley will be a place to make and lose big money in 2012. The Facebook IPO will culminate in a social media bubble that will then pop with a vengeance and Zuckerberg’s digital empire could fall 60 per cent from its IPO price. Dozens of ‘me-too’ mobile social media will go kaput.

Watch the charts like a hawk to short Groupon, LinkedIn and Zynga. I see Zynga trade at $5 and LinkedIn at $30 sometime in 2012. Groupon is doomed, as it cannot make money in the long term. Cloud computing will become ubiquitous. Salesforce.com (symbol CRM) can trade at both $80 and $180 in 2012.

Oil services shares will prove to be among the hottest investments in energy. Schlumberger, whose deepwater drilling and seismic technologies transform oil provinces in Brazil’s Santos Basin, offshore West Africa, Iraqi Kurdistan, the North Sea, the Gulf of Mexico and the Russian Arctic, could earn $5 in 2012, with the shares trading at their historic 20 times earnings valuation metrics to 100. Halliburton will benefit from the shale oil revolution in the US, with a spike in the land rig count.

As the US economic supertanker dodges the deflation iceberg, King Dollar will continue its rally in 2012. The negative correlation between global equities and the dollar will decline as investors scramble to invest in Wall Street. The Euro will fall below 1.20 as global liquidity contracts and the ECB sheds its Bundesbank ghosts to save the EU banking system under
Mario Draghi.

At 8.5 times forward earnings, China is cheap, as inflation (at least the CPI statistics the Politburo dishes out) finally peaks and property prices fall. This sets the stage for the PBOC (the Beijing central bank) to slash the reserve ratios (RRR) of the banking system. Chinese equities are super-correlated with liquidity injections and I expect a 400 basis point RRR cut in eight or nine PBOC moves. The Shanghai Composite and Hong Kong H shares will be the immediate beneficiaries.

The Euro/Swiss FX rate is a compelling buy at 1.21 for a 1.28 target since Helvetica is moving to the precipice of deflation as Swiss industrial/pharma exports to the EU fall. This will force the SNB in Berne to sell Swiss Francs against the Euro, possibly even change the floor of its Euro peg to 1.26 – 1.28. There is no way the FX gnomes will challenge the Swiss central bank peg and the cross will move to 1.26.

Emaar is oversold at Dhs2.5 as its UAE deliveries, Amlak consolidation and attractive yields in the Dubai office markets anchor the shares at these levels.

Emaar trades at a mere 0.5 times book value, among the lowest major emerging market property companies in the world. I believe Emaar will rise to Dhs3.2 in the first six months of 2012.

European shares were a disaster in 2011, though Ireland’s Elan Corp, a specialty pharma rose 123 per cent and Total has risen by 25 per cent in the last three months. Italy’s ENI will be the major beneficiary of Libya’s return to crude oil exports and its 6.5 per cent dividend yield attracts value buyers.

Unfortunately, $113 Brent will devastate global oil demand as EU and China growth softens and geopolitical risks in Nigeria, Angola and the Arabian Gulf ease. This means Brent falls by $20 and the Big Oil colossi will be compelling buys on the correction.

Gold has proved a highly treacherous store of value since September, falling almost $400 from its $1920 high even though geopolitical black swans such as the sudden death of North Korea’s Kim Il Jong, Boko Haram terrorism against Nigeria, oil rig outages in the North Sea and Azerbaijan, the new violence in Tahrir Square and, above all, the US-Iran confrontation in the Straits of Hormuz, rattle the world money souk.
Gold may well fall to $1450 in 2012.

Energy Shares To Buy This Summer

Getting Your Investment Strategy Right