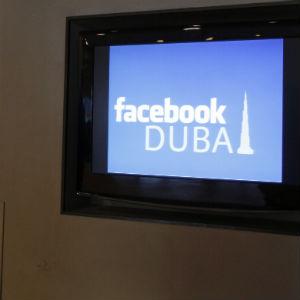 Future Dewa bills could be displayed on Facebook and Twitter in an effort to remind customers of their outstanding charges.

According to recent recommendation by the UAE’s Telecom Regulatory Authority (TRA) it is necessary for government bodies to use social networks to communicate with the public.

A senior TRA official has said government departments should get more aggressive in the use of social media.

“I would like to take this opportunity to stress on the importance of social media tools as new channels to communicate with the public,” said Salem Khamis Al Shair Al Suwaidi, deputy director general for Information and eGovernment Sector, TRA.

“These channels should be added to the list of traditional means of communication with the public especially in dealing with complaints and enquiries.”

A recent poll showed 66.5 per cent of respondents prefer to deal with official channels through email and meetings in person and would only opt for communication through SMS, Facebook or Twitter as an alternative.

Al Suwaidi noted that many people have reservations about using social media to contact the government especially when it comes to sharing personal data and transactions due to the lack of privacy on such tools compared to emails.

Social networking site Facebook has 45 million users in the Middle East and North Africa region, and recently opened an office in Dubai.