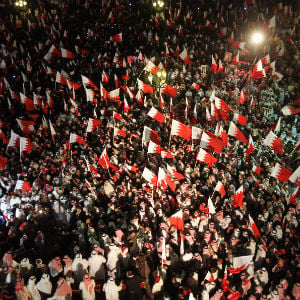 Companies in Bahrain may not need to pay a monthly tax for the expat workers they employ for another two years.

The parliament has voted to extend the freeze on the tax- which was waived since April 2011- for two more years, according to a report by Bahrain’s Gulf Daily News.

The BD10 monthly fee, which firms are supposed to pay for every foreign employee they hire, was initially suspended for six months to restrict the impact of the unrest in the country on the private sector, said the report. But the government later extended the freeze for up to a year.

The taxes, which are collected by the Labour Market Regulatory Authority (LMRA), are used to support local businesses and train the workforce.

In August last year, Esam Fakhro, chairman of the Bahrain Chamber of Commerce and Industry said that Bahrain’s economy lost up to $2 billion due to political unrest in the country which began in February. A report by the parliament, Shura Council and the BCCI put the figure at $800 million, according to Gulf Daily News.