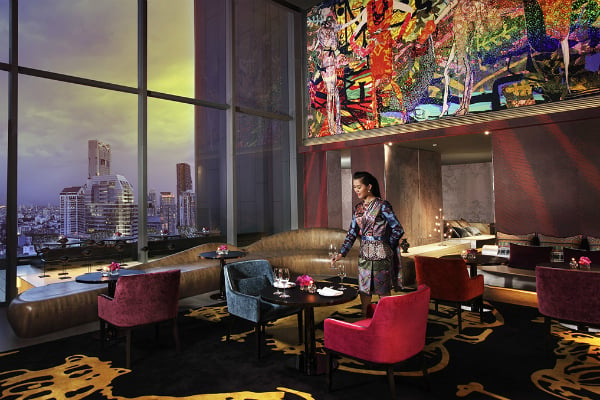 French hotel group Accor has announced plans to open the first property under its SO/ luxury brand in the Middle East.

SO/ Uptown Dubai is designed to embody a “kaleidoscopic utopia” and will feature colourful and modular design concepts and interiors by the Rockwell Group.

The property will have 188 rooms and 215 branded residences, three bars including a sky bar, a lobby lounge, all-day dining restaurant, a ballroom, board room and business centre, pre-function space and 1,400sqm fitness centre and health club witha gym, pool and spa.

It will form part of the Uptown Dubai district, under development by free zone operator Dubai Multi Commodities Centre (DMCC) adjacent to Jumeirah Lake Towers, and is due to open in late 2020.

The district, formerly known as Burj2020, will include more than 10 million square feet of grade A commercial and residential space, more than 200 retail and food and beverage outlets and 3,000 residences.

Other features include a central entertainment plaza, seven high-rise towers across seven levels of podium and two iconic super-tall towers designed by architects Adrian Smith and Gordon Gill from Chicago, who are also behind the the 1km Kingdom Tower under construction in Jeddah.

SO/ Uptown will be located in one of the two super-tall towers with one-to-four-bedroom serviced residences on the upper floors featuring access to a private lounge, in-room dining and gym and spa facilities.

“As a brand, SO/ encapsulates the spirit of Dubai, reflecting the city’s ambitious drive to reach unscalable heights, while celebrating the blend of cultures and experiences the city has to offer through its bold, avant-garde design, vivacious energy and world-class amenities,” said Accor Middle East’s luxury brands chief operating officer Sami Nasser.

“The brand’s debut within Uptown Dubai’s first super-tall tower, a high-profile project similar to SO/ in its playful reinterpretation of luxury, will undoubtedly position the property as a landmark within an increasingly competitive hospitality industry,”

There are six SO/ hotels in operation and a further 10 planned globally.

Last December, Accor also announced plans to debut the cosmopolitan hotel brand in which it owns a stake, 25hours Hotel, in Dubai.

The French hotel operator plans to nearly double its Middle East footprint with an additional 25,000 rooms planned in the region from a current 30,000 across 100 hotels.