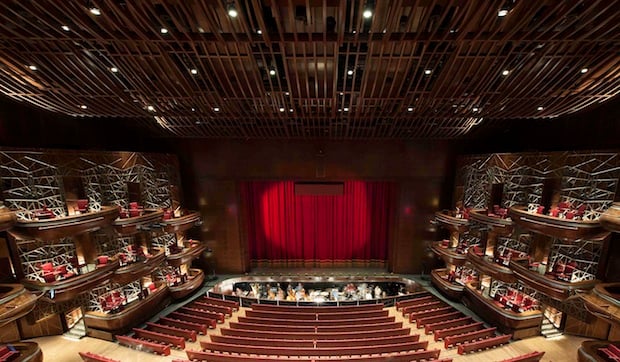 Placido Domingo will sing at a sold-out Dubai Opera on Wednesday evening, starting a diverse year-round programme of concerts and events designed to appeal to Dubai’s cosmopolitan residents and visitors.

A media preview was held on Tuesday, coinciding with the dress rehearsal of The Barber of Seville, which The Giuseppe Verdi di Trieste Opera House will perform on September 2-4 (tickets from Dhs350).

The outside welcome area is large with escalators and lift up to the higher floors, where there will be bars, and in time, a rooftop restaurant.

Plentiful wood, from the slatted ceiling beams to the large spotlight-ridden fixtures above and boxes flanking the sides, augment the nautical theme within the striking dhow-shaped building, which lies in the shadow of Burj Khalifa. 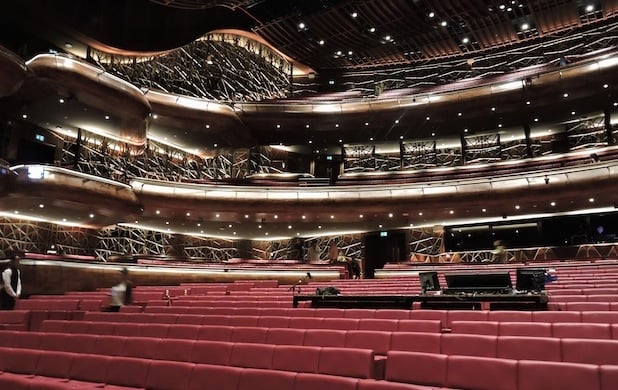 The crimson-coloured leather seats in the auditorium provide a warmth, complementing all the brown and adding that touch of Dubai style.

I found them perfectly comfortable for sitting on throughout the rehearsal on Tuesday, although leg room is standard for a 2,000-seat auditorium; don’t expect ultra-premium seating of the kind you’ll find in the cinemas, unless you’re in one of the boxes.

The stage is deep and wide and the ‘surtitles’ above the stage, in English and Arabic, enable you to follow the story easily. 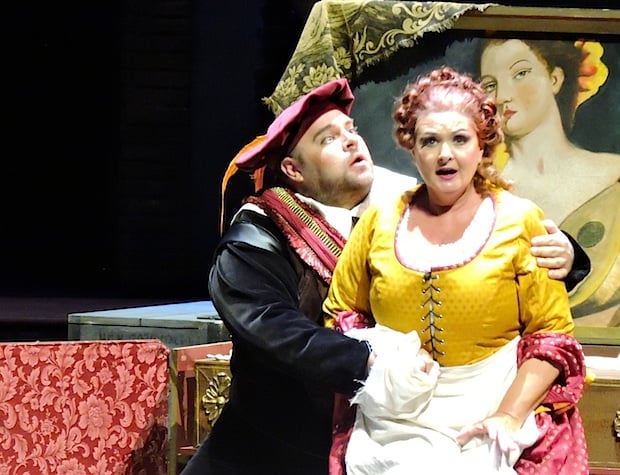 Rocío Ignacio, who plays Rosina, stood out with her breathtaking range of high notes. Rossini loyalists should lap it up and there are enough melodies to appeal to first-time opera goers. 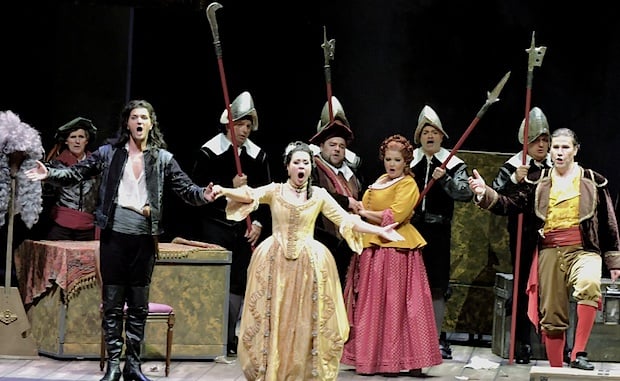 Chief executive Jasper Hope said his team, while working on the project for three years, are now focused on the next phase and looking at how its programme “can inspire the next generation.” “There won’t be less than 200 events in the first year,” he said. “I expect it will be higher but that depends on a lot of things.”

While he said there was no strict code, he hoped guests would dress up as it was a “special” venue, and in respect for the performers and UAE culture.

From today, concert goers will be able to access the Opera House directly from the boulevard, and choose between valet, plaza and boulevard parking.