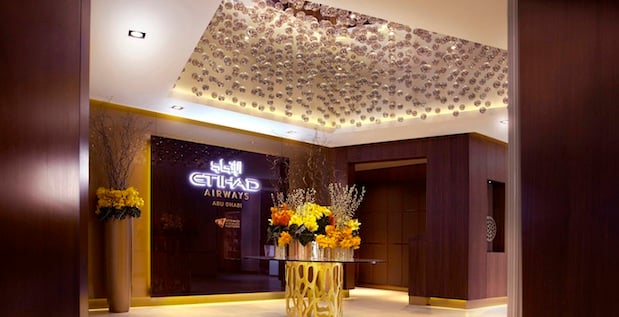 Abu Dhabi carrier Etihad Airways has announced several new measures which appear to focus on cutting costs on the back of extensive restructuring revealed recently.

Under its new policy, the airline will stop offering complimentary chauffeur services to first and business class passengers in international markets, although the service will be retained in Abu Dhabi.

The chauffeur service will continue to be available in global cities at “specially negotiated rates” for all passengers (including those in economy class), a statement said.

Etihad Guest members will also be able to accrue miles on their chauffeur bookings.

As an exception, those travelling in Etihad’s uber luxurious ‘The Residence’ onboard the Airbus A380 aircraft will continue to receive complimentary chauffeur services at all its A380 destinations including Abu Dhabi, London, Paris, Sydney and New York.

The changes will be implemented from July 3, 2017 and first and business class tickets issued prior to that date will not be affected by the change.

Mohammad Al Bulooki, executive vice president Commercial for Etihad Airways, said: “This change is being put in place as the airline looks to evolve its product proposition while continuing to match individual customer requirements. Following a review, the chauffeur services we offer will be amended globally, with the exception of Abu Dhabi, where there are a high number of users of the service.

“Many customers prefer to make their own ground transportation arrangements. The decision by Etihad Airways to change its offering has been taken to provide increased choice and to ensure fares remain as low and as competitive as possible.”

The move follows a similar initiative launched by Dubai’s Emirates.

Inflight, Etihad has introduced a new ‘Neighbour-Free Seat’ option in economy class, which will permit passengers to ‘bid’ for up to three empty seats next to their original seat – subject to availability and cabin configuration.

Passengers can bid for the seats when booking online and successful bids will be confirmed 30 hours prior to departure.

The move will allow for increased space at an “affordable” price, Etihad said.

The new measures come even as Etihad continues to restructure operations. Last month, the company announced that it had appointed Ray Gammell as interim group CEO to replace James Hogan, who leaves the company on July 1, 2017.

It also appointed Ricky Thirion as the interim group CFO to replace James Rigney, who will also leave the company on July 1.

The state-owned aviation group has been hit hard by reduced corporate travel linked to lower oil prices. Last year it confirmed that jobs would be cut.