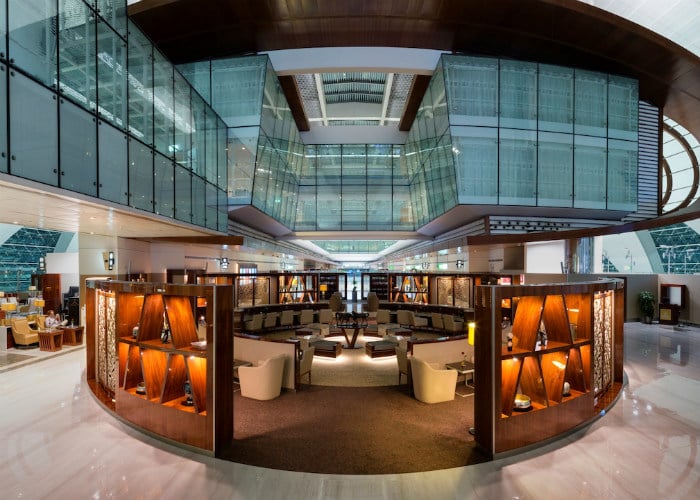 Under the new system, members of the carrier’s Skywards rewards programme can pay for access to both its business class and first class lounges from the lowest blue tier.

In addition, members can pay for their companions to access the lounges if they are flying on an Emirates or Qantas flight.

Children will be charged half price for both lounges.

Emirates said payment can be made using credit cards and debit cards only, with both cash and Skywards miles redemption not accepted.

Passengers who pay for access but exceed the four-hour limit will be required to pay for an additional four hours even if the extended stay is due to flight delay or disruption.

The new system comes as Emirates continues to seek new revenues due to tough economic conditions.

The carrier reported a 75 per cent decline in first half profit in November due to the strong dollar and tougher competition.

It has also suspended service on some African routes and introduced fees for advanced seat selection on certain economy class fares.

Emirates president Tim Clark has also said the airline is aiming to introduce a new premium economy class to its flights within the next 18 months.