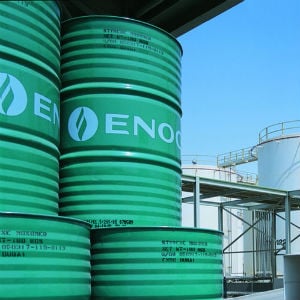 The facility has been arranged with Standard Chartered Bank, Emirates NBD and Noor Islamic Bank, and has a dual tranche of dollar and dirham.

The loan will partly finance the construction of a 60 km jet fuel pipeline from ENOC’s new petroleum terminal in the Jebel Ali Free Zone to the Dubai International Airport, said the statement.

“The financing agreement is a strong testament to the local and international banking sector’s confidence in the project’s business model and strong cash flow potential,” he said.

ENOC is the single largest supplier of jet fuel at the Dubai International Airport, fuelling passenger and cargo airlines operating out of Dubai. It already has a pipeline linked to the airport.

A second pipeline is expected to be commissioned in the second half of 2013 and will also have a connectivity provision to the Al Maktoum International Airport in Jebel Ali.

The company’s new $142 million bulk liquid petroleum terminal in Jebel Ali will have facilities to receive jet fuel from marine tankers and from the adjacent ENOC-owned refinery. The terminal will also have tanker truck loading facilities connected to oil tanker berths.

It is scheduled for commissioning in the fourth quarter of 2013.