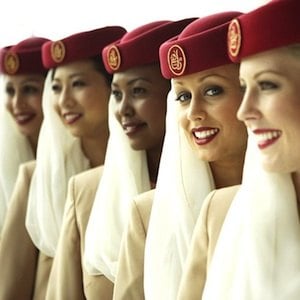 “This year our target is slightly lower and we will look for 3,800 cabin crew and 450 pilots. The remaining roles are across the rest of the Emirates Group, including the airline, dnata, etc,” Alison Ward, Emirates’ vice president of recruitment, told reporters

She also confirmed the Dubai carrier’s target for recruitment this year was lower than the 4,000 hired in 2011/2012.

The government-owned airline is launching several new destinations in 2012 including Dublin, Buenos Aires, Dallas and Lisbon, new staff are thought to be deployed on these routes.