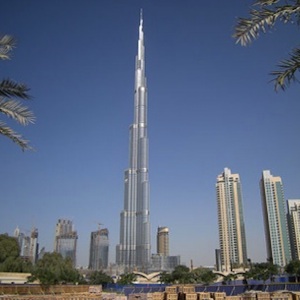 Emaar Properties, the largest real estate firm in the Middle East, reported that net profit fell 27 per cent to Dhs1.8 billion for 2011, compared to Dhs2.44 billion in 2010.

According to the results released by Emaar yesterday, the company’s annual revenue reached Dhs.8.112 billion, down 33 per cent from Dhs.12.15 billion in 2010.

In total, the company’s retail, hospitality and leisure business sectors accounted for 41 per cent of total revenue in 2011, compared with 24 per cent to the revenues in 2010.

“Our strategy for 2012 is to further increase the share of revenues from global operations and enhance the proportion of profit from recurring revenue streams, including shopping malls & retail and hospitality & leisure,” said Mohamed Alabbar, chairman of Emaar Properties in a statement.

Emaar’s revenues from its international operations market in Turkey, Pakistan, Syria, Egypt and Saudi Arabia almost doubled to Dhs1.81 billion in 2011, compared with Dhs973 million in 2010.

Last year, Emaar completed 350 homes and more than 800,000 square feet of commercial space in Dubai and 604 homes in other markets. Emaar has handed over more than 33,500 residential units since 2001.

The company has recently launced the Dawahi project, a new unit of investment focusing on middle-income housing across the Arab world.

“The launch of Dawahi Development is a demonstration of our renewed growth strategy, where we are looking at developing value housing projects to address the demand for mid-price point housing in emerging markets, while also creating new jobs for the region’s youth,” said Alabbar.