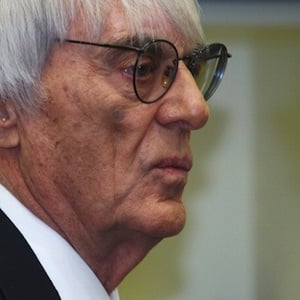 Bernie Ecclestone, founder of the F1 race, remains commited to holding the event in Bahrain next month, even though it was cancelled in the Kingdom last year due to growing political unrest.

He told the UK”s Telegraph newspaper that there is no need for violence at the race.

“They [the protesters] don’t need to resort to violence,” he said of security concerns. “All they need to do is stand on the road on the way to the circuit, with placards, and they would get their message out there. Nobody’s going to shoot them.”

Rallies and violence between government security and civilian protestors continues and several human rights groups have written to Ecclestone, asking for the race to be called off.

A Bahraini protest group, Coalition Youth of the 14 Feb Revolution, has written to F1 boss Bernie Ecclestone demanding that the April 22 GP be canceled.

The letter, dated Feb. 28 but just made public, said “organising an F1 race in Bahrain at a time when children are being killed in the streets at the hands of the regime mercenaries will haunt the F1 reputation forever and will imprint it with the image of death and human rights violations.”

Ecclestone said money is not a motivation for holding the Bahrain race as his F1 organisation has already banked its $40 million race fee from the Bahrain government.

Asked about media reports of a British man having fingers chopped off in violence marking the anniversary of the uprising, Ecclestone shrugged.

“But you don’t know why. There are probably people here that had worse things happen to them. It happened to me actually,” the billionaire, who was mugged in 2010 for his watch near his office in the wealthy Knightsbridge district of central London, told Reuters.