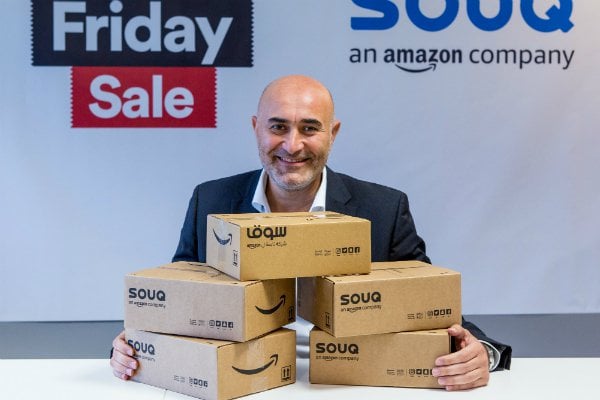 Dubai-based online shopping site Souq.com is not looking to expand beyond its Gulf Cooperation Council plus Egypt footprint under new parent Amazon, according to its CEO.

When the Amazon deal was first announced some had speculated the estimated $650m acquisition could see Souq.com rapidly expand into new Middle East and North Africa markets.

However, speaking to Gulf Business, Ronaldo Mouchawar indicated a more conservative approach was instead being adopted.

“We’re kind of staying within the GCC plus Egypt because we feel there is still a lot of untapped potential within these markets and a lot to do to improve overall the shopping online and penetration in our sector,” he said.

Souq currently serves Kuwait, Oman and Bahrain from its Dubai base and is also operating in Egypt and Saudi Arabia where rival $1bn rival platform Noon.com is due to begin operations by year-end.

Mouchawar suggested for now the market remained in its infancy and left the “potential for many winners and players” but as competition heats up the company was also focussed on growing its selection, which has increased from 2.5 million products to nearly 8.5 million this year alone.

Integration with Amazon is continuing and the company is utilising Amazon’s Web Services and cloud and fulfilment network to boost its proposition. It also utilised Amazon’s peak traffic expertise during last month’s White Friday sales weekend, which coincided with the US giant’s Black Friday rush in the US.

Some Amazon products are now available on the site along with the ability to use a global Amazon login. Souq has also rebranded its logo to include the Amazon name and is introducing new services like card on delivery as more and more customers switch from cash to cards for online purchases.

The company is also on the market for acquisitions like the delivery marketplace it purchased in September, Wing.ae.

“We are always looking out for clear innovations that help us… and just continuously making sure our merchants have very easy tools to list their product on the site and access the local market, and in the future maybe more products.”