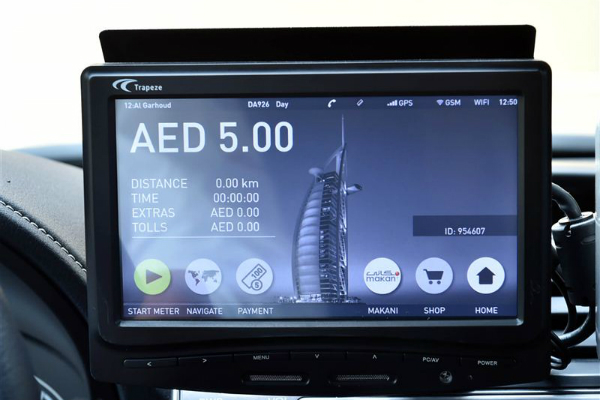 Dubai’s Roads and Transport Authority has announced the start of a Dhs68.8m ($18.7m) smart meter system upgrade to the city’s taxis.

It also includes an out of service screen to allow drivers to take a 90-minute flexible break during their shift and displays an end of shift screen 45 minutes before the end of the shift to ensure the driver is not hailed during the period.

Other features include optical sensors to detector when a passenger has boarded if the driver forgets to turn on the meter, the ability to link to the point of sale payment system and a safety system to monitor the taxi’s speed on the road.

The Public Transport Authority completed the installation of 4,850 devices by the end of June and plans to have 7,850 installed by December.

The Makani system was used for 118,000 booking requests during the first half of the year.

Other plans include the UAE’s first drone taxis, which are being tested at Dubai Civil Aviation Authority.