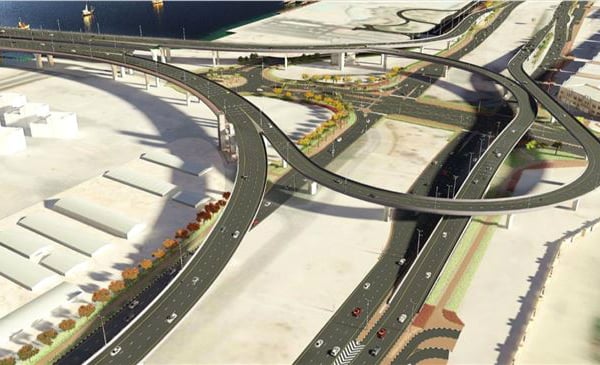 Dubai’s Road’s and Transport Authority (RTA) said on Saturday it had awarded a Dhs447m ($121.6m) contract for the construction of three bridges to the upcoming Deira Islands development.

The bridges will link with the existing bridge across the water canal and comprise six lanes in each direction.

They come under the wider Shandagha Roads Corridor works.

RTA director general and chairman Mattar Al Tayer said the bridges aimed to improve connectivity to the island at the intersection of Al Khaleej and Abu Baker Al Siddique Streets.

The main bridges span 1.6km, while an additional 140m bridge will be constructed alongside a slip road on the Deira Islands side.

The existing bridge link to Deira Islands will also undergo repaving and other improvements including railing, traffic signs and street lighting.

It spans 17 million square metres and is expected to house 250,000 residents and 80,000 workers when finished across apartments, hotels, mixed-use buildings and marina areas.

The RTA said traffic studies indicated the project would generate about 110,000 road journeys during peak hours.