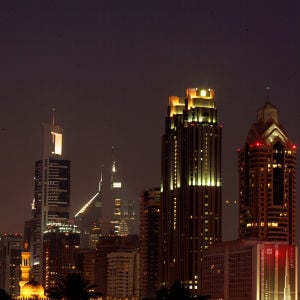 The Dubai hotel industry recorded a 24 per cent rise in revenues and a nine per cent increase in guest numbers during the first quarter of the year, according to Dubai’s Department of Tourism and Commerce Marketing (DTCM).

The hotels also saw a 22 per cent jump in guest nights and a 12 per cent rise in the average length of stay during the first three months of the year.

“The remarkable results of our hospitality industry is the outcome of the substantial expansion of the tourist infrastructure, an increasingly impressive portfolio of tourism products, wider destination awareness, aggressive promotional and marketing drive and the growing air-connectivity to and from Dubai,” said Khalid bin Sulayem, DTCM director general.

According to a recent report released by hospitality consultancy STR Global, demand for Dubai’s hotel rooms grew 11 per cent during the first quarter of the year.