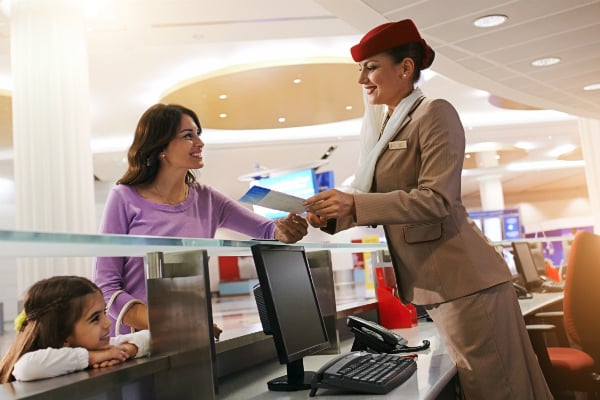 If you’ve ever wanted to be a flight attendant and travel the world for free as part of your job, your dream could be about to come true, as Emirates has announced it is hiring thousands of people for cabin crew positions.

The Dubai-based airline has announced it is looking to hire at least 3,000 people globally for cabin crew positions. Emirates executive vice president of human resources Abdulaziz Al Ali told reporters at a media roundtable on Wednesday that the airline is specifically looking to hire Emiratis. He said more Emirati cabin crew was important because of Emirates’ approximately 20,000 cabin crew worldwide, only about 50 are Emirati.

Al Ali said a cabin crew position is “not lowly.” He said the role is vital because staff are Emirati cultural ambassadors, showing passengers just how hospitable Emirati culture is.

To help recruit more Emirati talent, the airline is also reportedly offering a starting salary of Dhs18,000 (approximately $4,900) per month.

Emirates in also hiring about 120 ground staff for positions in Dubai. However, applicants for those jobs must be Emirati.

The recruitment drive also comes as Emirates has once again been named the most popular brand in the Middle East and the UAE, according to a new YouGov survey.

YouGov’s annual BrandIndex surveyed opinions about brands from consumers in 29 countries. In the UAE, Emirates took the top spot, ahead of WhatsApp and Samsung. It is the third year in a row Emirates has led the rankings.