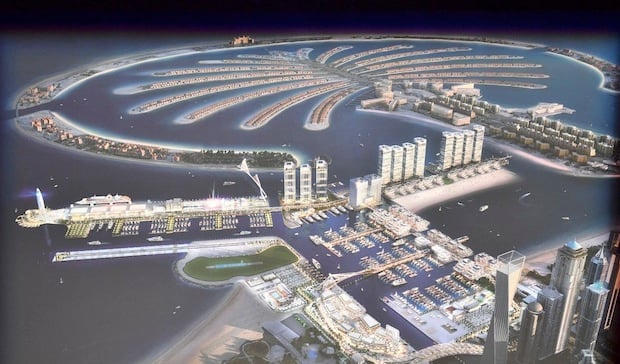 In a series of tweets, Dubai Media Office published concept shots of the Dubai Harbour project, which will stretch more than 20 million square feet between the start of Jumeirah Beach Residence and the Palm Jumeirah. 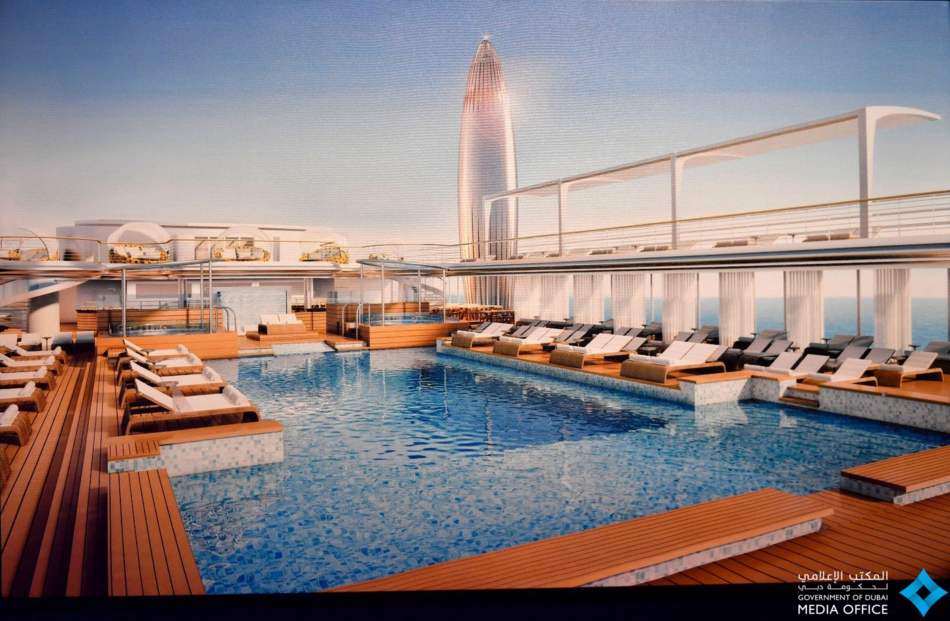 Sheikh Mohammed said Dubai Harbour was inspired by the Gulf’s maritime tradition and aimed to boost tourism and investment.

It also expected to raise Dubai’s profile as a magnet for wealth, incrementally boost the price of nearby real estate and provide an attractive location for Gulf yacht owners, who own one third of the world’s largest superyachts.

“We are happy that this new project, which represents a unique and innovative new addition to the region’s tourism landscape, opens up a range of new opportunities to investors,” he said. 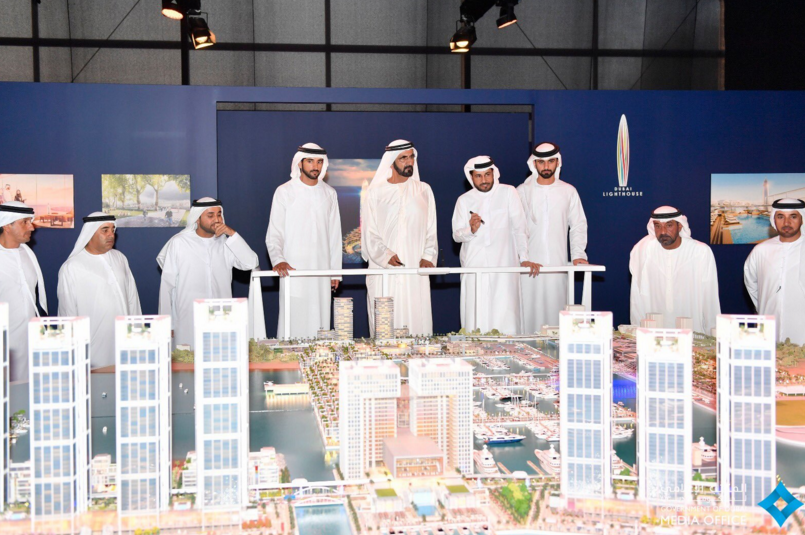 “Dubai Harbour creates a venue for new investments that support our vision for this important sector and promises to further accelerate the expansion of the tourism industry in the UAE, which is already growing rapidly.”

Dubai Holding company Meraas has been appointed to oversee the project, which will be accessed via a number of transport options.

These include the existing King Salman bin Abdulaziz Al Saud Street, an internal monorail with links to the Palm Jumeirah and Bluewaters Island, a pedestrian bridge with a jogging and cycling track and water boat stations. 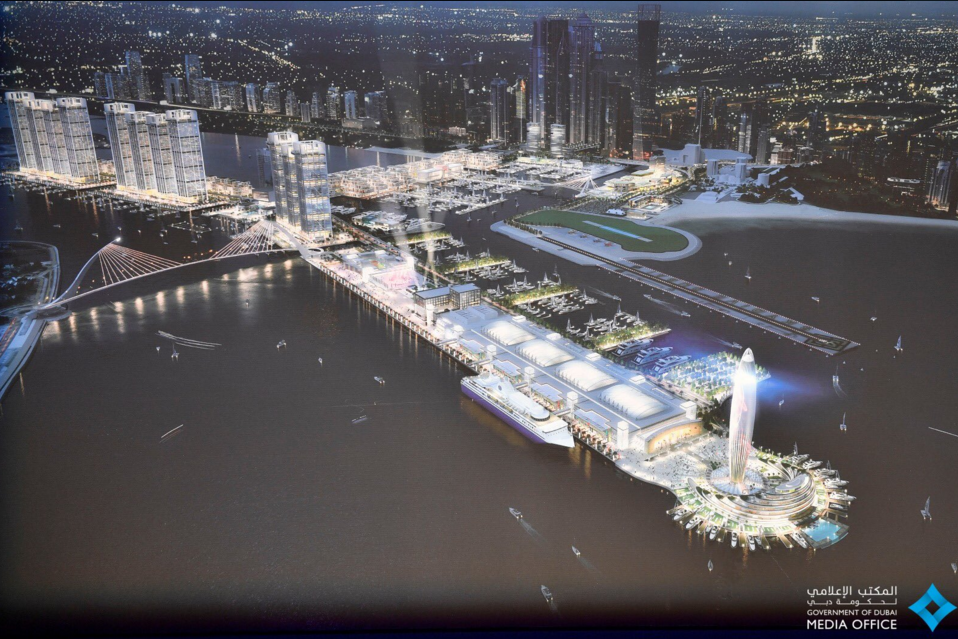 In addition, Meraas and Dubai Civil Aviation Authority will conduct a feasibility study for the opening of the existing Skydive Dubai runway at the site to private jets.

The destination will increase Dubai’s yacht capacity by 50 per cent from the current 3,000 berths and is particular designed to appeal to owners of large craft of up to 85 metres in length.

Meraas is also in discussion with four global cruise lines to operate via the terminal, which can accommodate 6,000 passengers at a time. 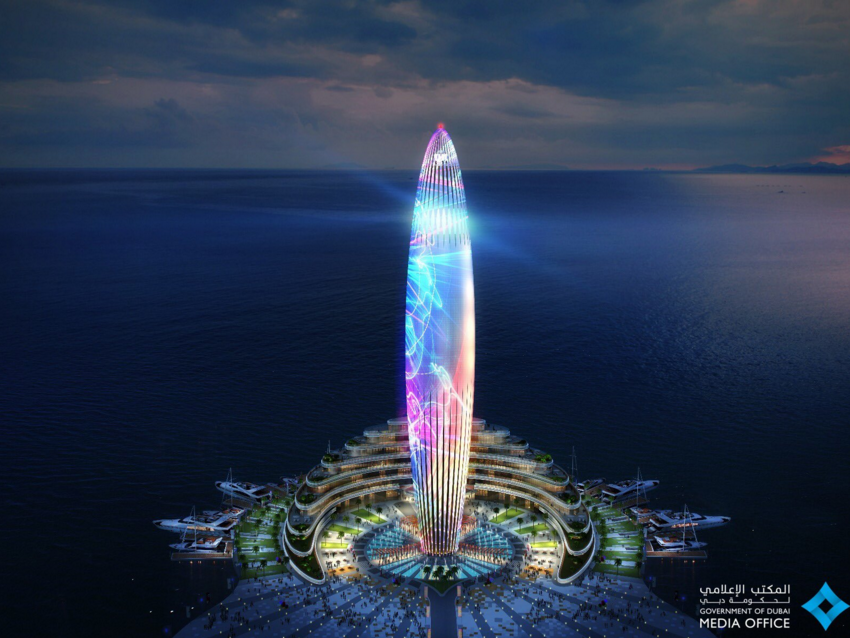 This iconic 135m tower development, dubbed Dubai Lighthouse, will sit at one end of the project.

It will feature an observation deck, a gigantic screen for high resolution projections and light shows and a luxury hotel.

In terms of residential space there will also be high and low rise buildings, waterfront villas and houses with local amenities including retail outlets, cafes and restaurants.

The waterside district will host exhibitions and events all year round with a specific focus on maritime offerings. 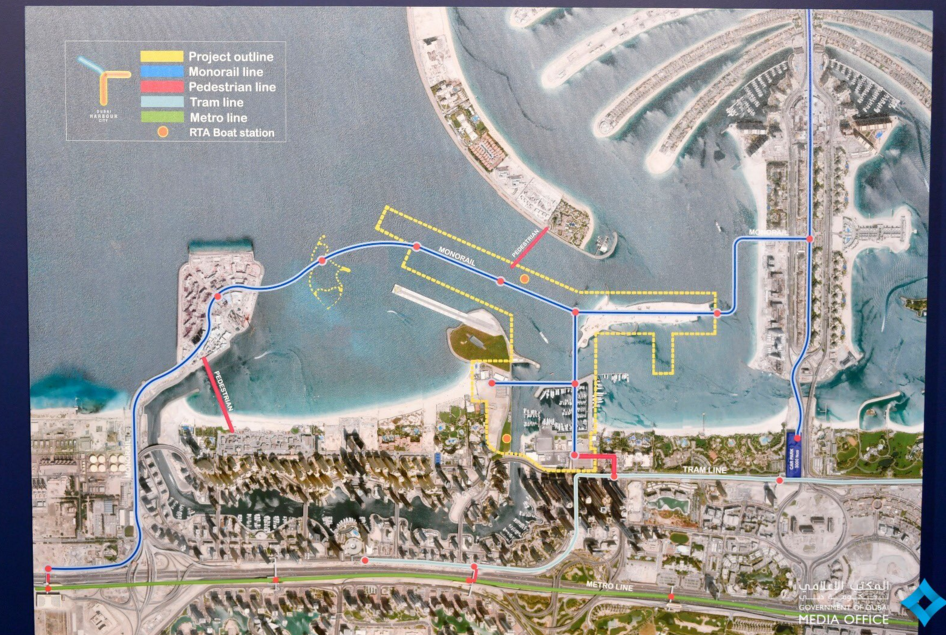 The project is expected to be completed in phases within four years of ground being broken and will cover the area outlined in yellow. Monorail connections are represented by the blue lines.