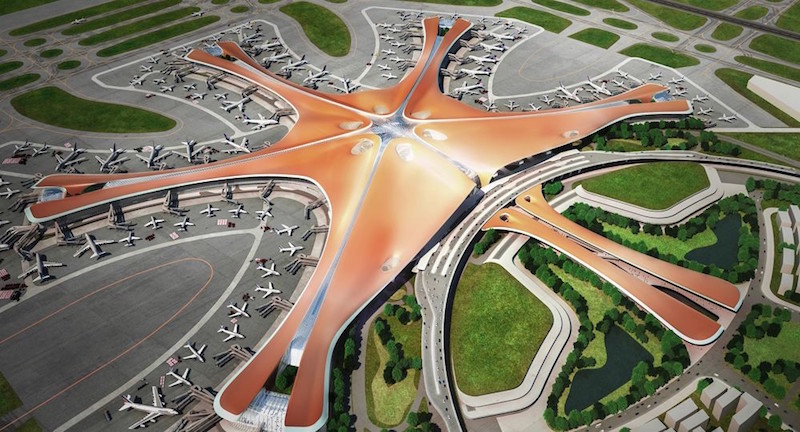 Dubai developer Emaar has signed an agreement with the Beijing New Aeropolis Holdings to jointly develop a new business and tourism complex at the Beijing Daxing International Airport.

It will be located within the aero-economic area of the airport – set to be the largest in the world.

“Emaar and BNA will work closely to drive diversified collaboration and actively accelerate the share of resources to boost the establishment of the important aero-economic area,” a statement said.

The announcement comes after Emaar said in April that it was “very seriously eyeing entering into the real estate market of China”.

The company said it was in discussions with many Chinese state-owned companies and evaluating projects in a number of provinces and cities, such as Hainan, Jiangsu, Chongqing, Guangdong, Beijing and Shanghai.

To finance its expansion in the market, Emaar also signed a three-way memorandum of understanding (MoU) with China’s biggest lender Industrial and Commercial Bank of China (ICBC’s) Dubai branch and Emirates NBD during the Belt and Road conference in Beijing.

The cooperation will include financial services support for Emaar’s development in China as well in all countries in the ‘Belt and Road’ initiative.

It will also include joint exploration of urban developments and the creation of living communities in China, the statement said.

Dubai-listed Emaar currently has a presence in 13 markets including India, Lebanon, Egypt, Morocco, Pakistan, Saudi Arabia, Turkey and the US.

Emaar said it had recruited business development staff from Chin and started the design and fit-out of two offices in Beijing and Shanghai.

The showrooms will promote Dubai and the UAE as an investment destination and its projects including its 6sqkm Dubai Creek harbour development, which is set to feature the Middle East’s largest China town.