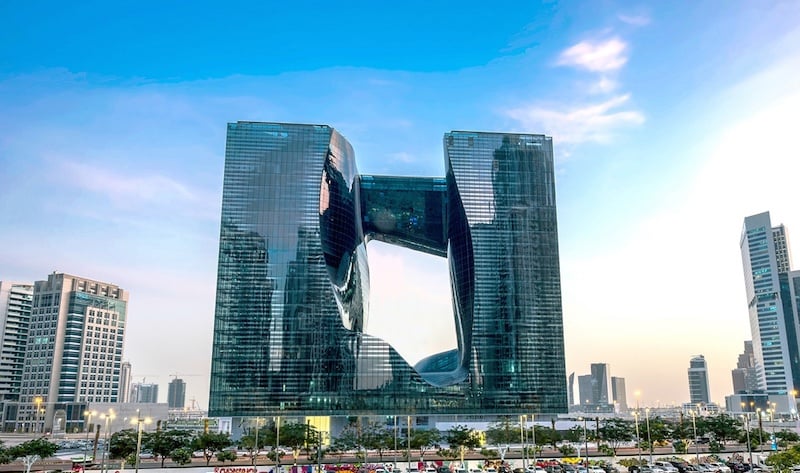 Dubai developer Omniyat Properties has confirmed that its delayed project The Opus by Zaha Hadid has started handover of its commercial units.

Companies will now begin the fitting-out process to complete their bespoke offices, a statement said. Businesses that have collected their keys include multinational companies and regional creative agencies.

Located in Business Bay, the Opus is designed as two separate towers connected by a slanting bridge containing three floors of luxury apartments and 98 serviced residences.

The cube is ‘carved’ to create a central void, providing views to the exterior from the inside of the building.

The void features lifestyle hotel ME by Melia – which will consist of 93 rooms, Michelin star restaurants and private residences designed by Zaha Hadid and a bespoke wellness center with signature facilities.

Omniyat confirmed that the ME by Melia hotel – slated to open in summer this year – will now only open in Q4 2019, along with more than a dozen food and beverage outlets.

The company has been working on the project alongside Zaha Hadid Architects since 2008.
The Opus is one of Zaha Hadid’s first projects in Dubai to have been fully designed from an interior and exterior perspective, the statement said.

The much-delayed project was originally planned as offices but redesigned following the 2008 downturn.