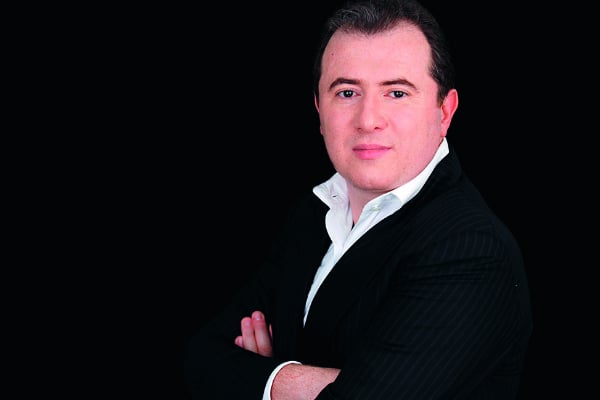 For many Dubai landlords, the last 12 months will surely go down as a period to forget amid a wider downturn in the property market.

Apartment prices and rents decreased 3 per cent and 2 per cent respectively from Q3 to Q4 2017, according to Chestertons MENA with double-digit decreases seen in some areas of the city.

But this doom and gloom does not appear to have shaken Omniyat executive chairman and CEO Madhi Amjad as the company he founded in 2005, with Dhs300m ($81.67m) of capital under Dubai-based conglomerate Al Masa Holdings, crosses a number of major milestones

Most notably there was the recent completion of the office segment of the The Opus, a Dhs2.5bn ($680.6m) mixed-use development designed by late British-Iraqi architect Zaha Hadid.

Last year, the firm also handed over The Pad, a 253-apartment tower just down the road in Business Bay, and made major progress on other luxury residential and hospitality projects elsewhere in the city.

And after what Amjad himself describes as only “quite a successful year” for the firm there is a sense that he expects bigger and better things to follow as the developer pushes ahead with a series of luxury projects due for handover by 2020.

One reason for the Omniyat chairman’s optimism is a surge in demand for off-plan property, which accounted for more than 65 per cent of total sales transactions in Dubai last year, according to CBRE. And his company was certainly a beneficiary of the trend after selling what it claimed to be the most expensive apartment bought in Dubai last year – a Dhs102m ($27.7m) penthouse at its One Palm project spanning 29,800 square feet.

Read: In pics: Dubai’s ‘most expensive apartment’ sold this year

“We’ve gone through very high growth years reflecting all the challenges happening around us in this region,” he says.

“[And now] we’ve seen the market is so strong that despite all the pressures it still maintained quite a stabilised price point environment. Personally, I think the market has room to grow for the next three to five years.”

But the CEO believes regulation in the years after, including limits on mortgage lending and more recently a new off-plan property purchase law, has eased concerns of a repeat episode.

“This is one of the biggest successes of Dubai post 2008, basically cementing this position as a good highly regulated investment atmosphere,” he says.

“The fact that demand for off plan was even greater than demand for finished assets [in 2017] shows the level of confidence from investors on the regulation around off-plan sales and the security they now feel.”

Even the introduction of a 5 per cent value added tax rate in January that applies to commercial but not residential property (although developers won’t be able to claim back the tax on construction costs unless they sell a unit within three years of completion) is not dampening this outlook.

Amjad says the tax is a “limited cash flow timing issue” that will have a “very limited effect” on developers and it is very much full steam ahead as the company seeks to capitalise on the momentum behind Dubai’s hosting of the 2020 World Expo.

In the process, he says the company has been “very encouraged” by the support from banks in recent months including some “quite large construction loans” that have “already more or less completed” all of the company’s financing requirements for the coming years.

These include Dhs445m ($121.1m) of Islamic financing facilities from Al Hilal Bank in November that will be used this year to complete the 90-unit One Palm development and the ME by Melia hotel component of The Opus, which has 93 rooms and an impressive lobby with elements including seating, light fixtures and beds designed by Hadid herself. 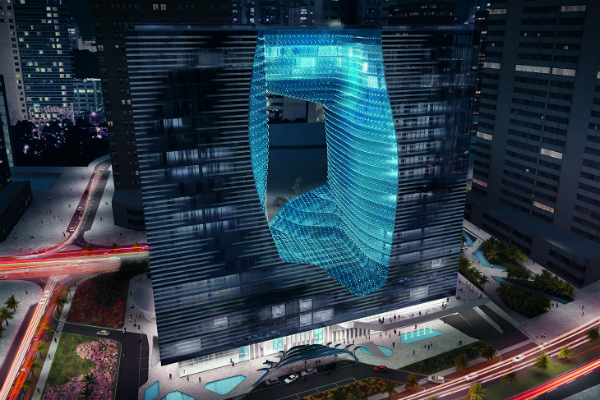 In December, the company also secured another Dhs500m ($136m) of project financing for the construction of a new Dhs1.34bn ($365m) mixed-used project on the Dubai Water Canal in Business Bay.

This was revealed in February to be part of a partnership with the Dorchester Collection hotel brand and Amjad says construction has already started. It is expected to include a luxury hotel, residences and a retail component, similar to Omniyat’s partnership for a nearby project with hotel company Langham. Both developments are due for completion in 2020.

Amjad says the partnership with Dorchester is part of wider hospitality strategy that is “about differentiation” and “creating a competitive advantage” in the Dubai hotel sector.

“We went out to create a set of brands that complement each other but also bring a fresh perspective in terms of hospitality in Dubai,” he explains.

“Dorchester is quite a unique property, I must say. We’ve been working on this relationship for two or three years. It’s one of the very last super high-end luxury brands that are not in Dubai already that have such a prestigious reputation when it comes to service and catering to a very selected clientele base from all over the world.”

Amjad says the company will see how the relationship materialises but he envisions it extending across “at least across two properties within Dubai”.

There is also the potential for other projects with Dorchester in the region and talks are also underway to bring another luxury hotel brand to the city, he reveals.

“We have one more strategic location we are considering to develop a hotel on and we are in negotiation with another hotel brand that also compliments our portfolio quite nicely.”

Riding the next wave

Outside of Dubai, where Omniyat’s Dhs23bn ($6.2bn) of projects under development are located, the company is also looking at new opportunities.

Amjad says it has “started evaluating other markets and other opportunities in recent times” with the expectation it will expand outside of its home market in the “next three to five years”.

“Dubai will remain a core market and we’ll continue to grow in Dubai. But we definitely see now the level of maturity that means we can expand the Omniyat philosophy to other cities around the world. It’s about selecting which one to start with.”

Amjad is tight lipped about potential considerations but says any new project the company launches, be it in Dubai or elsewhere, will follow the same mantra.

Meanwhile, in its home market, the company will be sticking to areas where it has reaped the most rewards to date – most notably in the Business Bay/Downtown area and on the emirate’s coast and waterways.

Much of this focus for now remains on capitalising on momentum expected to hit the market in late 2019 into 2020 as Dubai Expo 2020 prepares to open its doors.

“Expo 2020 is another very major event that Dubai hosts and another major momentum creator that Dubai will benefit from and create the next wave of growth,” he says.

“I think that it will set preferably for the next 10 years of growth in Dubai.”

While Amjad more broadly holds on to the belief that the emirate’s fundamentals remain attractive for the long-term and “very good value for money” due to its “far cheaper” asset classes than other metropolitan cities like London and New York.

But, despite this, there is a sense that Omniyat won’t be getting carried away either. He says plans for a listing have “always been discussed” but are not an immediate consideration.

“I don’t see the necessity of it at this stage. It may be something that can be on the horizon considered for the company.”

And similarly he sees no reason for Omniyat to abandon its boutique niche or “meticulous detail-oriented” approach in favour of the more mass-market launches employed by the likes of Dubai’s big developers Emaar and Damac.

“We’ll make sure that the same level of experience that Omniyat has consistently delivered over last 12 years will be maintained for the years to come,” he says.

The Dubai property market may be down for now but Amjad clearly believes the only way is up for his firm as it embarks on its next phase of growth.