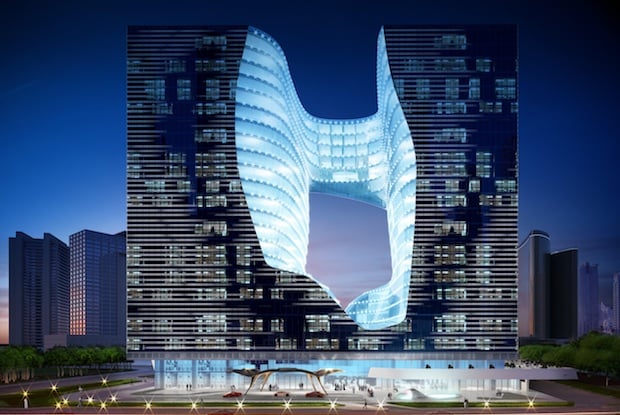 Omniyat Properties aims to finish construction of The Opus project in Dubai’s Business Bay this summer and open the first ME by Meliá hotel regionally by summer 2018.

The striking two-tower building, designed by the late Dame Zaha Hadid, is connected by a slanting bridge containing three floors of luxury apartments and 98 residences (60 operated by the hotel are located from the 16th floor upwards). 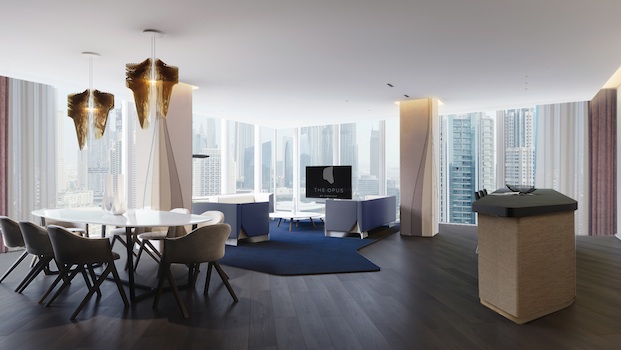 The development is dominated by 56,000sq ft of office space, although the hotel element – in the lower half – is boutique with 93 rooms.

Addressing the media on Sunday, general manager Stefan Viard said F&B will cover the first four floors, up to podium two, and eight of the 12 restaurants will be leased out with separate entrances. One venue will be a Spanish urban bistro.

More amenities concentrated in this area include meeting spaces, pool, spa and a 13,000sq ft basement nightclub (another club, ME Radio Bar, will be on the rooftop).

Hadid’s designs cover interiors and exteriors, creating challenges for Meliá; there are an extraordinary 68 different types of hotel rooms, with entry level rooms spanning 48sqm and the 200sqm ME Suite will be the most exclusive room.

Minibars are renamed ‘maxi-bars’ to reflect the wider selection.

“The design sometimes supercedes the functionality and this is my role, to find the balance,” he said. “We have big players around and we won’t target the convention business but more local meetings, smaller groups and art and product launches – that’s our segment.”

The much-delayed project, which started 10 years ago, was originally planned as offices but redesigned following the 2008 downturn.