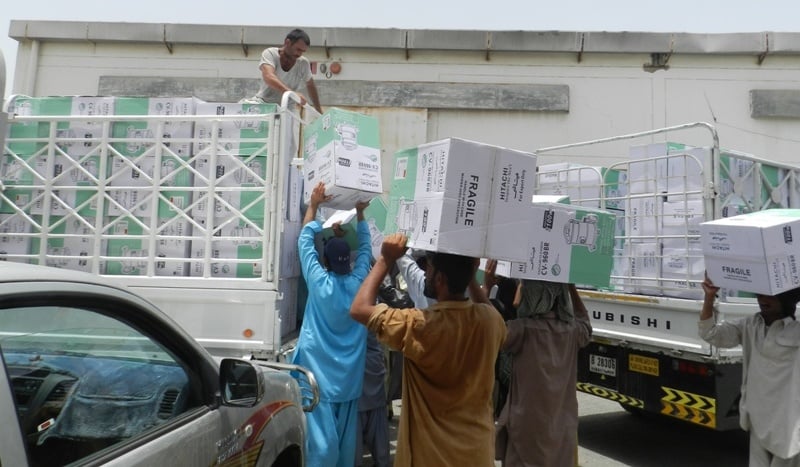 The Department of Economic Development (DED) has confiscated electronic appliances worth around four million dirhams from a warehouse in Al Aweer area of Dubai in its biggest crackdown to date on counterfeiting.

The warehouse, tracked and raided by officials from the Commercial Compliance and Consumer Protection (CCCP) division of DED, had stored over 26,000 duplicates of popular electronic brands including LG, Panasonic, Sony, Sharp and Hitachi.

The duplicates were carefully packaged to avoid suspicion and even had warranty labels of leading distributors in the region.

“Dubai being a major logistics hub and retail destination we maintain extreme vigil against counterfeiting and trademark infringement. The Commercial Compliance and Consumer Protection division conducts regular market inspections and also acts on complaints received, to avoid Dubai being used as a conduit to sell or distribute counterfeit goods,” added Al Youha.

The goods seized from Al Aweer weighed 120 tonnes in total and included 5,300 television sets, 7,000 DVD players and various other devices including stereo sets, pressing irons and vacuum cleaners. Nearly 60 people were found working in the warehouse.

Al Youha said the confiscated goods will be destroyed and that the owner of the goods will have to pay a fine of Dha30,000, the maximum penalty for trademark infringement.

“Trademark infringement violates intellectual property rights and Dubai is determined to curb such practices. Counterfeiting corrupts the market, kills innovation and denies a consumer his right to quality and information. Full support and co-operation from traders and consumers will help DED protect trademarks and maintain healthy relations in the retail market” Al Youha said.

Complaints against trademark infringement should be submitted to the Commercial Compliance and Commercial Protection division at DED along with an official complaint letter, copy of the trademark registration, a written authorisation to proceed with the complaint, list of the people or companies alleged to be the offenders, original product sample, sample of the fake product and a list of the similarities and differences between the original and fake product.