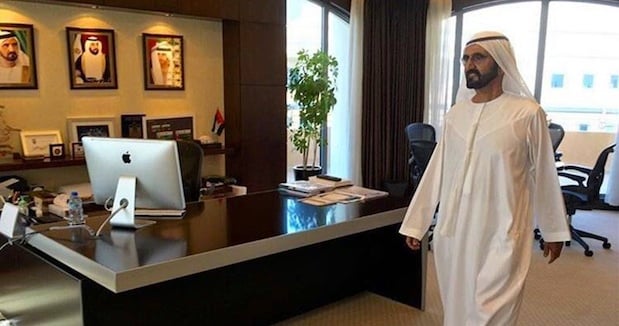 A video of the Dubai ruler walking around empty government offices captured global headlines in August last year and later resulted in a management shakeup.

Responding to a question on stage at the World Government Summit, Sheikh Mohammed said some people thought the decision was “rushed” but he stressed it was important that officials were accountable.

He said the management had achieved great progress in the past and he personally used to check up on their work using mystery shoppers, auditors and inspectors.

However, the decision to dismiss them came after they repeatedly failed to implement objectives.

“So we decided to review and inspect and conduct an auditing to see what is the age when someone starts to become careless about the achievements of their job,” he said.

“All of us are interested in instilling new life blood and these people decided not to work anymore and that’s why we removed them. Then we decided to add some new people to work instead of them.”

These management changes were confirmed in September with eight appointments.