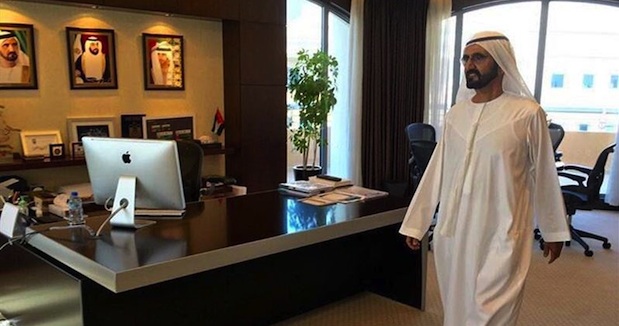 Sheikh Mohammed, who is also the UAE’s Vice President and Prime Minister started his tour at 7.30am with visits to Dubai Municipality, Dubai Land Department, Department of Economic Development and Dubai International Airport.

He conducted a spot check on “ordinarily busy government offices” to assess their service standards, the Dubai Media Office said in a statement.

“The visits made mainly to service-oriented departments were aimed at assessing their readiness to provide high-quality and timely services to customers,” the statement added.

A video of him walking into an empty office which has his portrait hanging on the wall has now gone viral.

“Timeliness starts at the top, and we won’t go after the employees when their bosses aren’t there.”